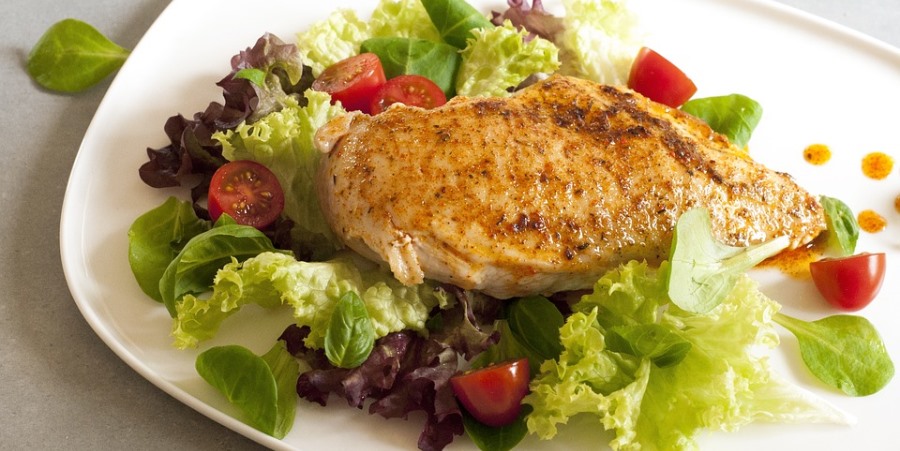 Well-heeled Brits are helping to boost chicken sales, according to latest research from Mintel. Over the last year alone, the number of affluent Brits* visiting chicken outlets and restaurants has risen from 40% in 2018 to 45% in 2019.

Almost half (47%) of those describing their financial situation as ‘OK’** visited a chicken shop in 2019, compared to 41% a year earlier. This comes as the chicken segment has seen some worse-off consumers exiting the market. The number of Brits with a challenging financial situation*** visiting chicken shops dropped from 45% in 2018 to 42% in 2019.

The growing popularity of chicken shops/outlets among Britain’s better-off consumers comes at a time when 67% of consumers agree that burger and chicken restaurants are offering more healthy options than a year ago, rising to 72% of affluent Brits. Korean fried chicken is also proving particularly popular, with 71% of consumers saying they’re very/somewhat interested in this dish.

Following KFC’s well reported supply chain issue in 2018, the value of the chicken restaurant market is expected to surge by 5% in 2019, with sales of just over £2.3 billion. Meanwhile, burger sales are faring well too. The burger sector is expected to grow by a meaty 4% in 2019, bringing sales to more than £5.2 billion. This year Brits are set to devour £7.5 billion worth of burgers and chicken across Britain’s restaurants and outlets.

Trish Caddy, Senior Foodservice Analyst at Mintel, said: “An improvement in the animal welfare of chickens is helping to attract a more affluent clientele to chicken restaurants and outlets, with chicken meals typically costing more than other fast food choices. More ‘exotic’ offerings, such as Korean fried chicken, are also broadening the appeal of chicken shops to these wealthier diners. The guilt-free indulgence of healthier, free-range chicken has clearly met affluent consumers’ value expectations, even if better chicken costs more than a burger. Well-off Brits’ love for chicken also suits other food trends, such as eating more high-protein foods. This includes boneless chicken snacks such as bite-sized chicken fillets with dipping sauces, which are great for on-the-go consumption.”

The rise of faster food

It seems that fast food is picking up speed as consumers are increasingly enjoying this food via delivery services such as Deliveroo or Uber Eats. According to Mintel, almost four in ten (37%) consumers are ordering more food for home delivery from burger and chicken outlets/restaurants than they did a year ago. This compares to 25% who said the same in 2018. Eating in a relaxed and familiar surrounding is also likely to be driving demand, as 70% of takeaway and home delivery users say they prefer the comfort of eating at home than dressing up to go out.

Almost half (48%) of burger and chicken users would pay more to eat at a plastic-free burger/chicken outlet/restaurant, rising to 65% of 25-34 year olds. Interestingly, despite the media coverage and government-initiated campaigns in the UK to deal with plastic waste, there is, apparently, still a lag in younger Britons’ awareness. Plastic pollution awareness is much higher in over-45s (62%) who are considerably more likely than 16-44 year olds (41%) to have heard news about single-use plastic.

Meanwhile, 44% of users are reported to say they would like burger and chicken outlets/restaurants to offer more dishes with meat alternatives/substitutes eg seitan and soy-based, with interest peaking amongst 25-34 year olds (60%). In reality, veganism (and even vegetarianism) is still very low down on British consumers’ dining out priorities, with only 9% citing vegan foods as something they would like to see more of when dining out.

“The tide is rising in favour of plastic-free, with diners even prepared to dip into their own pockets to ensure their environmental/sustainability values are achieved. Companies and local authorities will have to make recycling as easy as possible for consumers to have a significant impact on the environment.” Caddy concluded.

** those who say I get by, but there’s not a lot left by the time the basics are taken care of”“