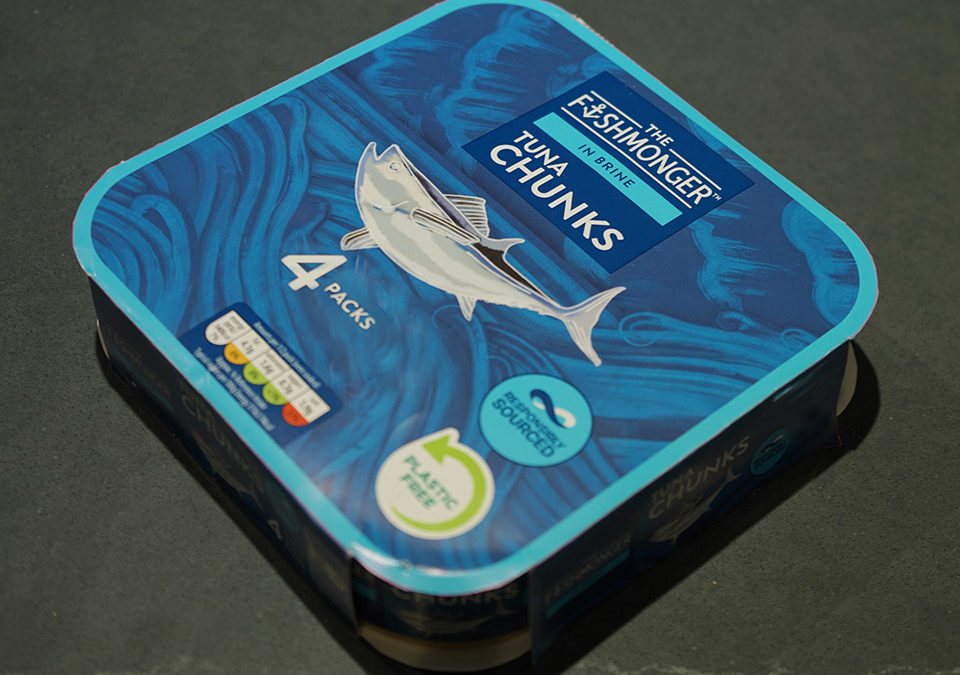 Aldi is set to become the first UK supermarket to scrap plastic packaging on multipacks of tinned tuna. From mid-September, the supermarket will sell four-packs of Tuna Chunks in Brine with a cardboard sleeve, instead of plastic, in over 270 stores across the Midlands, North West and South East.

If the tuna trial – which is due to last for around four months – is successful, the new recyclable sleeve is expected to be rolled out nationally to more than 830 UK stores, which, Aldi claims, will save over 11 tonnes of plastic each year.

This is one of several packaging initiatives Aldi is trialling over the next few months, as it looks to phase out all hard-to-recycle plastic – such as undetectable black plastics, PVC and expanded polystyrene – from its food products by the end of 2020.

In August, it also plans to launch recyclable coloured ready meal trays, made from recycled plastic material, across all stores.

The new trays, produced from former bottles and containers, will vary in colour and will initially be used for Aldi’s Inspired Cuisine range – six ready meals including Shepherd’s Pie and Sausage and Mash.

If introduced across all ready meal products, this would save an estimated 420 tonnes of non-recyclable black plastic a year.

Fritz Walleczek, managing director of Corporate Responsibility at Aldi UK and Ireland, said: “We’re constantly reviewing our product range to remove and replace single-use and hard-to-recycle plastic packaging. We’ve introduced a number of initiatives to reduce unnecessary plastic already this year, and we’re particularly excited to be trialling the cardboard tuna sleeve, given it’s a first for the UK supermarket sector.”

“Cutting waste is such an important part of everything we do at Aldi, and these packaging innovations are another example of us doing just this.”

Aldi says it is on track to make all own label packaging recyclable, reusable or compostable by 2022, and aims to reduce plastic packaging by 25% by the end of 2023.