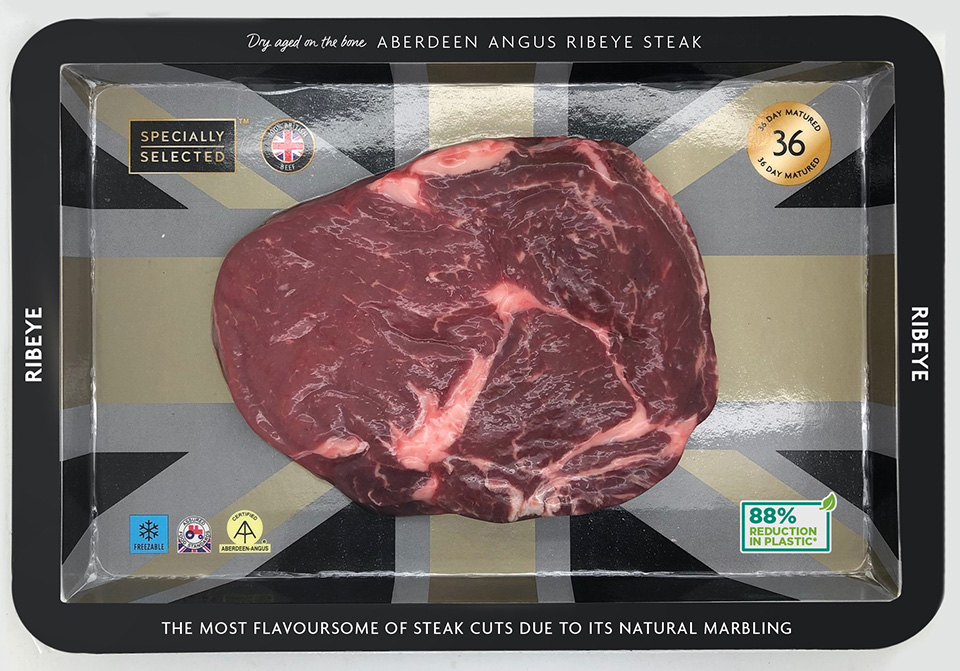 Aldi is trialling new cardboard steak packaging in a move that could see it cut more than 240 tonnes of plastic each year.

From early September, the supermarket will sell its Specially Selected steaks in a cardboard tray, instead of plastic, across more than 380 UK stores in parts of Wales, the South East and the North West.

This new format – which will feature on sirloin, fillet, ribeye and rump steaks – claims to reduce the amount of plastic used by nearly 90% without compromising shelf life or increasing food waste.

The cardboard packaging is recyclable, once the base film has been removed, and is sourced from sustainably-managed forests.

If successful, the trays could be rolled out nationwide by early next year, and to other fresh meat products in due course.

This is one of a number of packaging initiatives Aldi is introducing over the next few months, as it works towards a target of reducing all plastic packaging by 25% by the end of 2023.

Fritz Walleczek, managing director of Corporate Responsibility at Aldi UK, said: “Meat is almost universally sold in plastic, but we’re looking to lead the way with alternatives – including these new cardboard steak trays.

“Both food and plastic waste are important issues, but this packaging delivers on both by potentially removing 240 tonnes of plastic a year without compromising food quality or longevity.”

Aldi says it is on track to have all own-label packaging recyclable, reusable or compostable by 2022, and aims to reduce packaging by 50% by 2025.