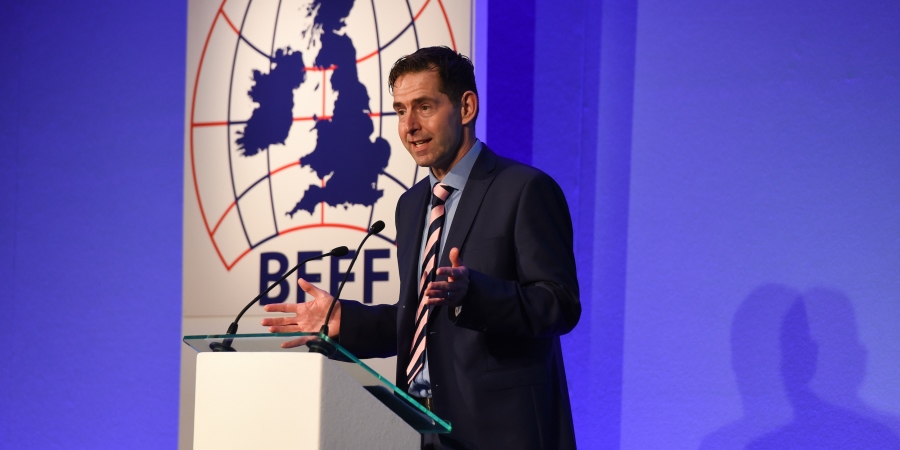 Frozen food sales in the UK are “getting closer” to £10 billion, having reached the milestone of £6 billion worth of retail sales, according to the British Frozen Food Federation (BFFF).

Speaking at BFFF’s annual conference, chief executive John Hyman said he expected “great things from frozen as many of the factors driving retail and foodservice markets are favourable to frozen food”.

He explained: “In the 12 months since we last met the industry has achieved a significant milestone: retail sales worth over £6 billion. When combined with £2.3 billion worth of sales in foodservice, we have a UK frozen food market worth £8.3 billion, and it’s growing in volume as well as value.

The conference, at the Birmingham Hilton Metropole hotel, was attended by over 300 delegates and ran alongside the BFFF’s annual Health & Safety Seminar and a newly launched Technical Seminar.

Hyman outlined that sales of frozen in retail are “buoyant” and that he is expecting to see “further growth as our members continue to innovate and develop premium products and more choice across every category enabling more consumers to trade up to frozen”.

He added: “Frozen scores highly when it comes to current consumer trends such as health, convenience and food waste. Freezing is a natural process that captures nutrients and vitamins and when you combine this with the ability of most foods to be cooked from frozen, in just the right portion size, it’s a win-win for consumers.

“The rise in online shopping is also a factor: frozen products over-trade online as consumers appreciate the added benefit of temperature-controlled delivery.”

The foodservice market is also playing in favour of frozen, according to Hyman, citing ease of preparation, portion control and reduced food waste as facts “now widely recognised by chefs”.