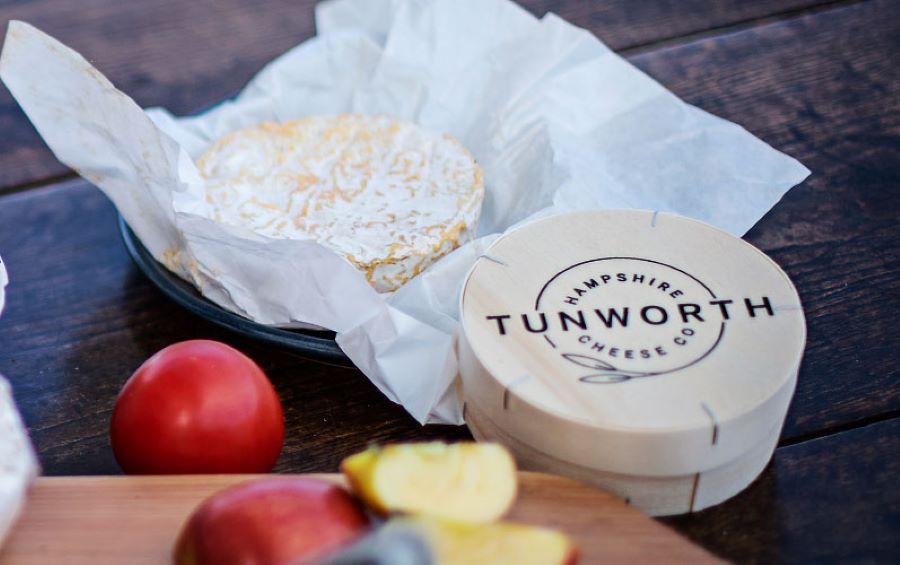 The new, modern look is designed to give the brand – favoured by chefs like Raymond Blanc, Nigel Slater, Simon Rogan, Jamie Oliver and James Martin, among others – a greater appeal to a wider audience, as well as to improve brand recognition.

The new branding replaces the former heavy and dark logos, giving the Tunworth – a British Camembert – and the Winslade – a Vacherin/Camembert cross – a lighter, softer and greener image.

Hampshire Cheese Company was founded by Stacey Hedges, who worked part-time as a cheesemonger while studying at university in her home city of Sydney, Australia. After working in restaurants and catering after graduating, she found herself in a career as a food stylist for Vogue Australia.

Of the redeveloped branding, Stacey said: “My team really enjoy producing something that people love eating and they are very proud of what we do. We have developed our business over the last 16 years and have a hugely talented team of cheesemakers. I’m proud to unveil our new and more modern look, which we hope will increase our brand recognition and open up the Hampshire Cheese Company to new audiences across the UK.”

Beginning with just a small personal investment from Stacey and a DEFRA grant, Hampshire Cheese Company was initially supported by Neals Yard Dairy, which offered support in maturing and selling the first batches of premium cheese, and which remains the brand’s biggest customer 16 years on.

Simon Rogan, who holds two Michelin stars at L’Enclume restaurant in Cumbria, said: “Tunworth is a staple ingredient in my kitchen. For me it showcases how far we have come in this country as producers of cheese, and it’s important to me to champion the best of British like this.”

In 2013, Hampshire Cheese Company launched its Winslade: a second soft, mould-ripened cheese based on a Vacherin Mont D’Or recipe.