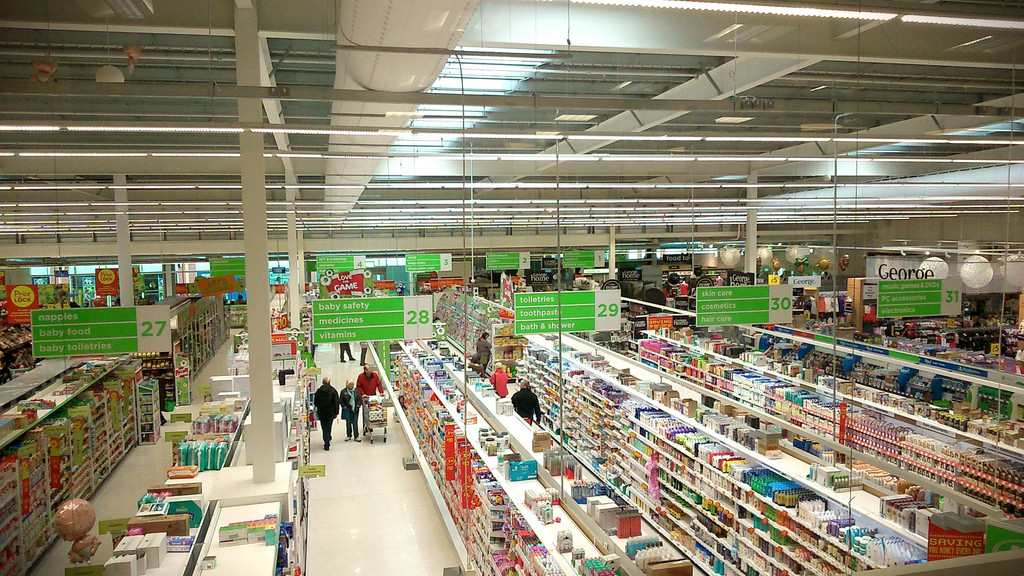 The latest grocery market share figures, published from Kantar, show year-on-year supermarket sales were flat during the 12 weeks to 11th August 2019 as the tough comparisons with 2018’s strong summer continue.

Fraser McKevitt, head of retail and consumer insight at Kantar, commented: “The memory of last year still looms large for retailers and this summer’s comparatively poor weather, combined with low levels of like-for-like price rises, have made growth hard to find for retailers.

“July’s hottest day on record wasn’t enough to shift the market into growth, but the grocers will have been encouraged by glimpses of better weather during the past four weeks which helped boost sales of summer staples like hayfever remedies, suncare and burgers by 17%, 8% and 5% respectively.”

Lidl’s sales increased by 7.7% and the discounter reached a record market share of 5.9% during the past 12 weeks.  McKevitt explained: “Lidl’s raft of new store openings has helped it attract 489,000 additional shoppers this period.  Its campaign to encourage people to do their main weekly shop at Lidl is making an impact and the average basket spend is now nearly £19, 3% higher than last year, though still significantly lower than the £22.65 average spend at the big four.  While best known for its own-label products, branded lines at Lidl grew by 19% this period and now account for 13% of the discounter’s sales with a strong presence for alcohol, toiletries, household products and soft drinks.”

Meanwhile, sales at rival Aldi increased by 6.2%, supported by sales of bakery products, up 11%, and biscuits, up 13%.   Fraser McKevitt commented: “Nearly half of all households shopped in an Aldi during the past 12 weeks, showing the extent to which the discounter has established itself in our retail landscape – this figure increases even further to 58.4% in the north of England where the retailer is most popular.”

Once again Ocado claimed the top spot as the UK’s fastest growing grocer, increasing sales by 12.6% this period.  The online retailer increased its shopper base by 7% and encouraged its customers to spend £1.93 more each delivery.  Ocado’s share of the total grocery market now stands at 1.4%, while it commands 18% of all online supermarket sales.

In a tough market, Co-op also found growth: sales are 0.2% higher compared with a year ago.  Its new high-profile £3.50 burger and beer deal, which encourages shoppers to opt for barbecue favourites despite the weather, has helped bring customers into its stores more often.  At the other end of price spectrum, sales of the convenience retailer’s premium Irresistible range grew by 11% driven by strong performances for crisps and snacks, cheese and fruit.

Sainsbury’s accounted for 15.4% of supermarket sales this period. McKevitt continued: “While each of the big four lost share, Sainsbury’s will be cheered to be the strongest performer among this cohort for the first time since November 2017.  Bucking the market-wide own-label trend, sales of branded goods at Sainsbury’s rose by 1.5%, driven by higher levels of promotion and its price lockdown strategy.”

Asda and Tesco’s sales shrunk by 1.5% and 1.6% respectively.  Fraser McKevitt explained: “It wasn’t all bad news for Asda and Tesco this period.  Asda’s online growth of 11% was notably strong while Tesco continues to find success with its cheapest own-label lines.  In fact, total sales of Tesco’s value tier were £29 million higher than this time last year.”

Already selling more items through deals than any other retailer, Morrisons increased its level of promotion this period as its overall sales fell by 2.7%.  A reduction in the number of items bought per trip also contributed to this decline and its market share fell to 10.1% during the past 12 weeks.

Waitrose’s market share decreased by 0.1 percentage points to 4.9%.  Fraser McKevitt said: “Free-from products were a bright spot for Waitrose and it sold 8% more items from these aisles than this time last year.  As diets change and public awareness of food intolerances continue to grow, free from products account for a greater proportion of sales at Waitrose than at any other retailer.”