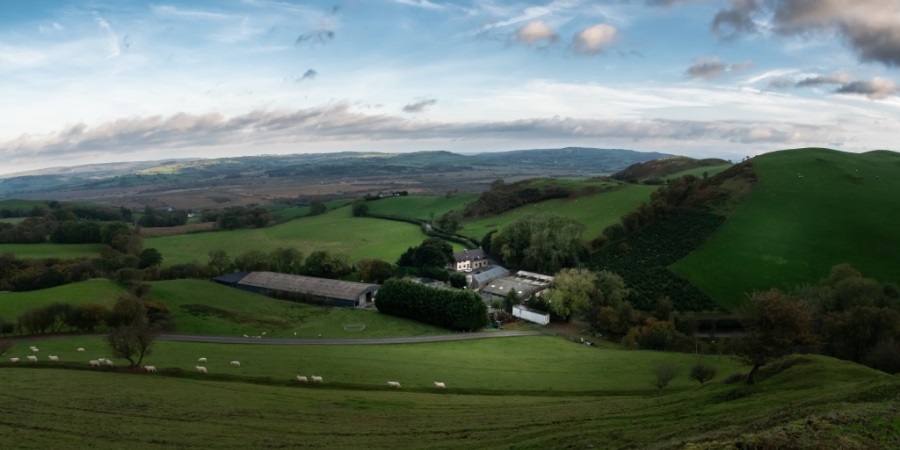 The United Nation’s Intergovernmental Panel on Climate Change (IPCC) has released a major report on the global use of land and agriculture and its role in preparing for the impact of climate change and reducing emissions.

Billed as the first comprehensive study of the land-climate system on a global level, the IPCC Climate Change and Land report is designed to inform government policy across the world. It warns that reducing greenhouse gas emissions from all sectors is crucial to limiting global warming, while emphasising that land must remain productive to ensure food security.

The report stops short of telling people not to eat meat, with the emphasis on eating ‘less and better’ but also indicates there is still a need for grass-eating livestock to contribute to sustainable land management.

The report highlights that climate change is affecting all four pillars of food security: availability (yield and production), access (prices and ability to obtain food), utilization (nutrition and cooking), and stability (disruptions to availability).

“We will see different effects in different countries, but there will be more drastic impacts on low-income countries in Africa, Asia, Latin America and the Caribbean,” he said.

The report records that about one third of food produced is lost or wasted. Causes of food loss and waste differ substantially between developed and developing countries, as well as between regions. Reducing this loss and waste would reduce greenhouse gas emissions and improve food security.

“Some dietary choices require more land and water, and cause more emissions of heat-trapping gases than others,” said Debra Roberts, Co-Chair of IPCC Working Group II.

The report finds that there are ways to manage risks and reduce vulnerabilities in land and the food system.

“Policies that support sustainable land management, ensure the supply of food for vulnerable populations, and keep carbon in the ground while reducing greenhouse gas emissions are important,” said Eduardo Calvo, Co-Chair of the Task Force on National Greenhouse Gas Inventories.

NFU vice president, Stuart Roberts said: “We need to look at this report through a local lens. We won’t stop climate change by downsizing sustainable British production and exporting our production to countries that don’t have the same climate aspirations.”

Chair of Quality Meat Scotland, Kate Rowell said: “Scotland has a very strong message to convey given our industry produces quality beef and lamb from the grass and rough grazing which make up around 80% of Scotland’s agricultural land which is not suitable for cereal, fruit or vegetable production.

“It’s also vital to note that Scotland’s production systems differ to others in other parts of the world. Scotland’s grassland acts as a carbon sink and grazing animals provide habitats for wildlife and help to maintain the landscape.

“From 1990-2017, Scottish agriculture decreased its Greenhouse Gas (GHG) emissions by 29% and is continuing to work hard to pioneer new technologies which will potentially decrease methane emissions and increase carbon capture in the extensive grass areas of Scotland,” added Rowell.

She also highlighted that the report acknowledges the role sustainably-produced meat has in a healthy balanced diet, alongside coarse grains, legumes, fruits and vegetables. This diet, according to the report, presents major opportunities to help limit climate change.

“When consumers see these brands in their supermarket or butcher’s shop they can be assured that the meat they are buying has come from sustainable Scottish farms where animal welfare and high production standards are a priority.”

HCC chief executive Gwyn Howells said that while some in the UK media had used the report selectively to advance an anti-meat and anti-farming agenda, Climate Change and Land was a welcome contribution, which highlighted how low-intensity livestock production systems such as those in Wales could make a positive contribution to global environmental management.

“The report’s authors are quoted as saying that people need to consume balanced diets – a combination of plant-based products and food from sustainably-farmed animals,” said Howells. “It also warns against taking land out of food production, arguing that this might impact on global food security.”

He added, “The report also notes that food production systems and environmental impacts vary greatly across the world. Sustainable, low-carbon agriculture is the common theme to its recommendations, but policies will vary according to local circumstances.”

Dr. Prysor Williams, senior lecturer in Environmental Management at Bangor University, has given keynote lectures on livestock farming and the environment at this week’s National Eisteddfod. He welcomed the report and called for more balanced coverage of its recommendations.

“The IPCC report adds to the growing volume of work which highlights how farming and land-use systems the world over can contribute to mitigating climate change,” said Prysor.

“There are ways in which Welsh farming can become even more sustainable, but it’s important to recognise that not all production systems are the same,” he explained. “In Wales, sheep and beef farming are largely low in intensity. Natural pasture grazing produces most of the food that the animals need, while also helping to capture carbon if managed effectively.”

Prysor added: “Eighty per cent of Wales’s agricultural land is unsuitable for growing arable crops. The IPCC’s focus on food security illustrates that making the most of such land by efficiently turning pasture into protein can be an important part of the balanced diet that our global population needs.”