Japan lamb fans get a taste of Wales 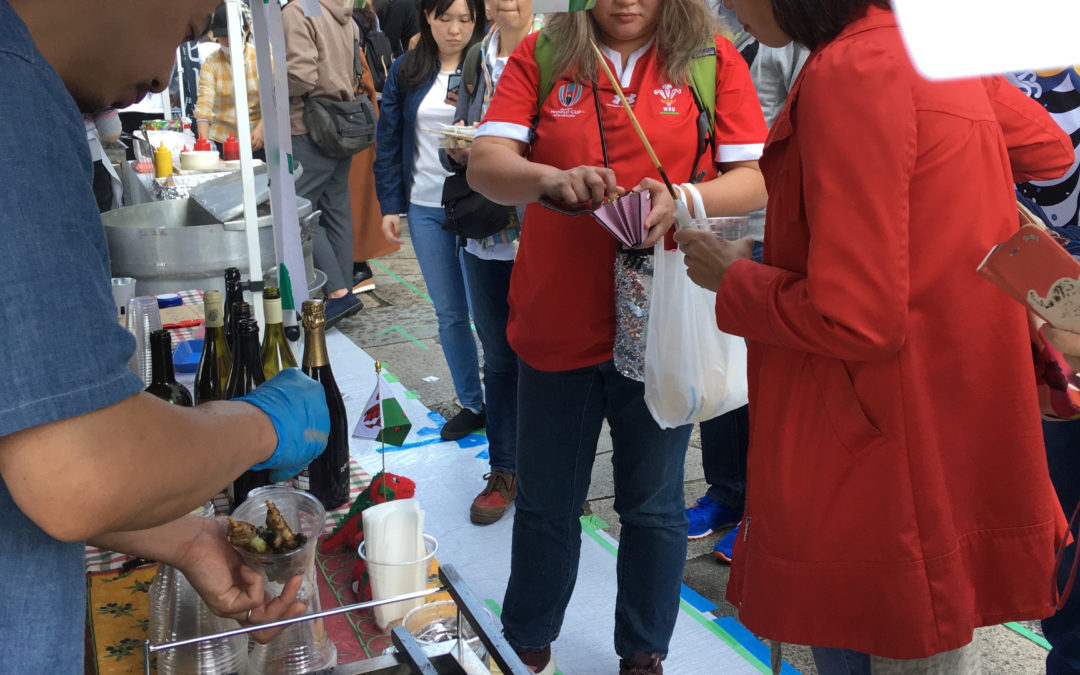 Over 30,000 lamb enthusiasts and consumers in Japan enjoyed a taste of PGI Welsh Lamb at a recent lamb festival.

The annual Hitsuji Festival held in Nakano, Tokyo is a celebration of good quality lamb. It is organised by the Hitujikajiri Association – a group of 1,700 members who share a love of lamb.

HCC organised for a Japanese chef to sell and cook PGI Welsh Lamb at the festival. Two Welsh Lamb dishes were cooked fresh and served to consumers.

Current small commercial shipments of Welsh Lamb have been mainly to exploit demand in premium hotels and restaurants, largely in the form of racks and loins. There is also, however, potential to use other cuts in less formal dining, with shoulders finding favour in the increasingly fashionable ‘Jingisukan’ or ‘Genghis Khan’ style grill cooking.

HCC’s export market development executive, Deanna Jones, explained: “This was a really key event for HCC to be a part of as we grow the presence of PGI Welsh Lamb in Japan. We were impressed not only by the appetite in high quality lamb but also the interest and enthusiasm for Wales and Welsh product in particular.’

“Thousands of consumers and lamb enthusiasts were able to taste and try PGI Welsh Lamb at this event and we were able to raise awareness for the Welsh Lamb brand in Japan.”‘With additional events and activities planned for the new year, we are now looking forward building on this work and continuing to develop the Japanese market.”