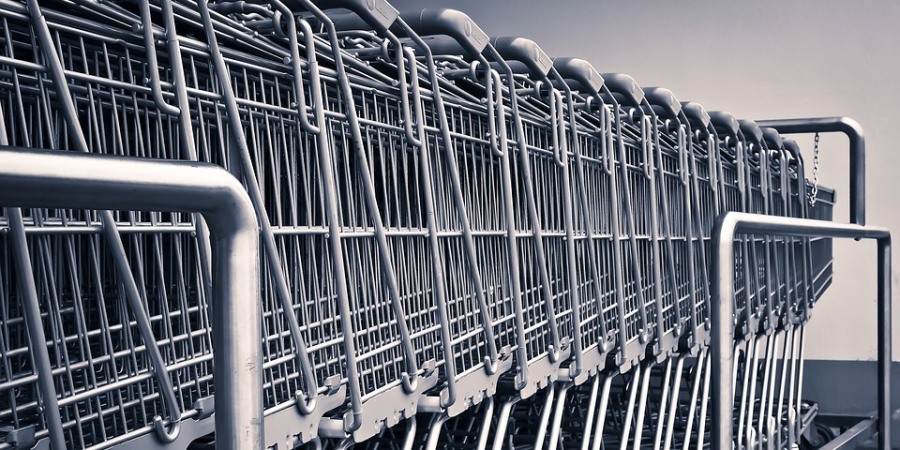 The latest grocery market share figures, published by Kantar, shows supermarket sales grew by 1.4% year on year during the 12 weeks to 16th June 2019. This marks a new milestone for the sector, which is celebrating a three-year trajectory of continuous growth dating back to July 2016.

Fraser McKevitt, head of retail and consumer insight at Kantar, said: “The modest level of current growth is thanks in no small part to the wet start to the summer, with last year’s heatwave and the run up to the men’s FIFA World Cup making 2018 a difficult year to top.

“These challenges are reflected in typical summer categories: in the past four weeks sales of ice cream were £15 million lower than this time last year, while beer is down £17 million and burgers £6 million.

“However, even unseasonable clouds have a silver lining. Shoppers sought refuge from the cooler weather and spent more on traditional comfort foods, with fresh and tinned soup sales up by 8% and 16% respectively.”

Aldi attracted an additional 883,000 shoppers through its doors this 12 week period, with sales up 9.3%.

Fraser McKevitt continued: “Aldi’s announcement that it is rolling out more small, ‘Local’ format stores in London looks like an attempt to increase its share in the capital, where it currently takes home just one out of every £30 of supermarket spend.

“Grocery sales growth in London currently stands at 4% year on year, nearly three times the national rate, showing why all retailers see the capital as a major area of potential.”

Rival discounter Lidl, having recently announced plans for a flagship store on Tottenham Court Road in central London, also has eyes on the capital’s convenience market. However, Lidl’s current ‘Big on the Big Shop’ advertising campaign is focused on increasing the number of large shopping trips it attracts.

Nearly two-thirds of its current growth is from shoppers spending more than £25 in one go, and Lidl clearly sees value in encouraging a weekly shop. Overall the retailer enjoyed another strong period, with sales up by 7.5%, lifting its market share to 5.7%.

Online specialist Ocado was the UK’s fastest growing supermarket, with sales growth of 11.3% comfortably ahead of the overall e-commerce market at 6%.

However, only 3% of British shoppers currently buy from the retailer, something it will be looking to build on when it begins to stock M&S products next year.

Tesco sales were flat year on year despite an increase in volumes sold. This was caused by the average price paid per pack falling as sales of its value own label lines like Eastman’s and Redmere Farms increased by 11%, and its ‘100 Years of Great Value’ campaign continued to offer lower prices.

Tesco remained the country’s largest retailer, although its market share fell by 0.4 percentage points to 27.3%.

Sainsbury’s saw its sales fall by 0.6% in the latest 12 weeks, halving the rate of decline it registered last month.

Fraser McKevitt elaborates: “The rise in wealthier shoppers bodes well for Sainsbury’s and its plans to shake up its fresh offer, which will place more emphasis on counters, bakeries and food to go. The retailer will be hoping this provides another reason for shoppers to visit.”

Meanwhile, Asda’s sales fell by 0.1% though it will be buoyed by the performance of its online arm, which enjoyed double-digit growth of 10%.

Asda’s share of the overall market fell by 0.2 percentage points to 14.9%, while Morrisons’ sales decreased by 0.5%, lowering its share to 10.4% of grocery sales.

Waitrose’s share this period slipped back by 0.1 percentage points to 5.0%, with sales remaining flat compared to a year ago.