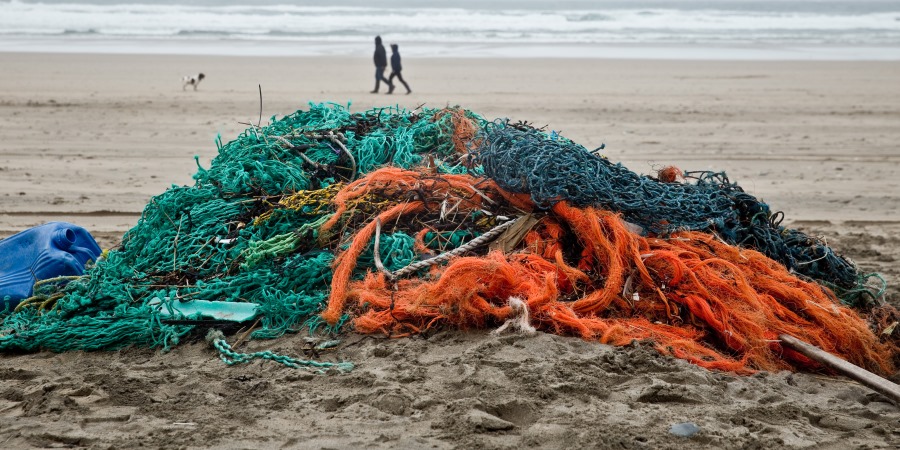 An example of 'ghost gear' cleared from a beach in Cornwall. Photo: Greg Martin

Morrisons has joined the Global Ghost Gear Initiative (GGGI), a group of organisations committed to reducing the problem of discarded fishing gear, known as ghost gear, in oceans worldwide.

Lost fishing nets and lines kill hundreds of thousands of whales, seals, turtles and birds annually and contribute to the ocean’s plastic problem, with more than 70% of macroplastics thought to be fishing related.

Ingrid Giskes, chair of the GGGI, said: “Morrisons will play a key role alongside NGOs, governments and other stakeholders to improve the health of marine ecosystems, protect marine animals and safeguard human health and jobs.

“Morrisons has very progressive social and environmental responsibility policies and it’s heartening to see them take on a leadership role on the issue of ghost gear.”

The supermarket is committing to introducing best practice to fight lost fishing gear in its supply chain whether this means: improving reporting of lost fishing gear; promoting improvements in gear traceability and recovery; or the uptake of gear with inbuilt escape mechanisms to prevent animal entanglement if it is lost.

The Morrisons Foundation is also supporting volunteer diver group Fathoms Free, which will be conducting 12 retrieval dives and beach cleans up this year throughout the south west of England.