National Farmers’ Union (NFU) president Minette Batters has challenged the Government to live up to its responsibilities to ensure that Britain has a robust supply of safe, traceable and affordable food following Brexit.

Speaking at the Oxford Farming Conference, Batters said it is now time for the Government to make decisions on Brexit to ensure the nation avoids a no-deal.

She also recognised the intrinsic importance of British farming to the nation by ensuring the Agriculture Bill is fit for purpose, with food production at its heart.

NFU has maintained that a no-deal Brexit could be catastrophic for Britain.

This includes a possibility of Britain facing huge disruption as a result of being prevented from exporting agricultural products to the EU.

The UK would need to be reapproved by the EU as an exporter and there are no guarantees this would be in place by 29th March.

The lamb industry could be particularly impacted, as 31% of its produce was exported to the EU in 2017.

In a no-deal scenario, exports to the EU from the UK could also face the same tariffs as goods entering the EU from other third countries.

For agricultural products, these are particularly high. For example, fresh beef and lamb could effectively face tariffs of 65% and 46% respectively.

In order to avoid food price rises as a result of a no-deal Brexit, the government could unilaterally lower import tariffs which cannot be done on a country-by-country basis.

This could open up the UK market to products that are not produced to the high standards of food safety, animal welfare and environmental protection that British farmers adhere to.

Batters commented: “There have been enough warm words and comfort to us as farmers but now is time for decisions from the government about how it will secure the nation’s food supply.

“We are less than 90 days away from Brexit and there is still enormous uncertainty about the future and how domestic food production fits into that.

“When I speak to people about food, they do recognise the importance of our sector; to our economy, to our environment and to our food security.

“Food is one of the fundamentals of life. Its importance cannot be understated. A government that fails to deliver a Brexit that gets this right will fail us all.

“It is crucial that Government engages with our industry to deliver a sustainable, competitive and profitable British farming sector for generations to come.”

Environment secretary Michael Gove also told the Oxford Farming Conference: “It’s a grim but inescapable fact that in the event of a no-deal Brexit, the effective tariffs on beef and sheep meat would be above 40% – in some cases well above that.” 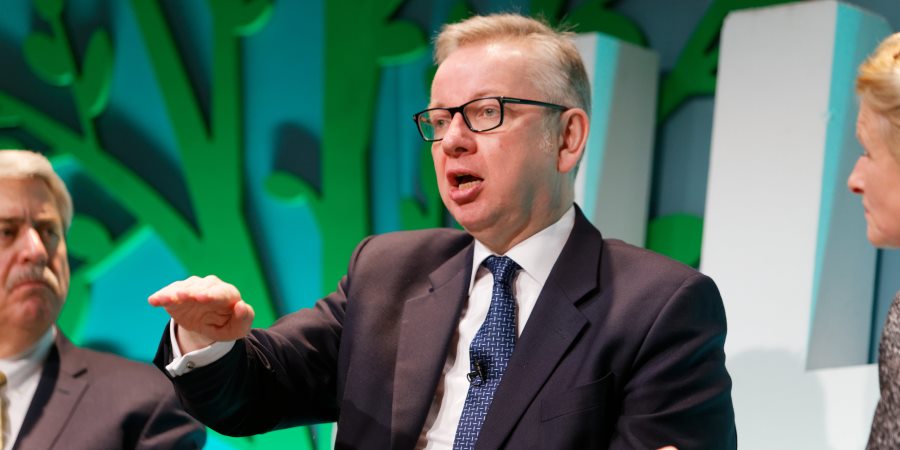 From 2021, he said, the UK would be able to “largely diverge from EU regulation”, enabling it to pursue its land management priorities and invest in technology which the EU has “turned its back on”.

“All of these are real gains that our departure from the EU can bring, but these real gains risk being undermined if we leave the EU without a deal.

The government has guaranteed to pay subsidies to farmers at current EU levels until 2022.

Gove has insisted maintaining environmental and animal welfare standards is a critical element in farming sustainability and the UK “must not barter them away in a short-term trade off”.