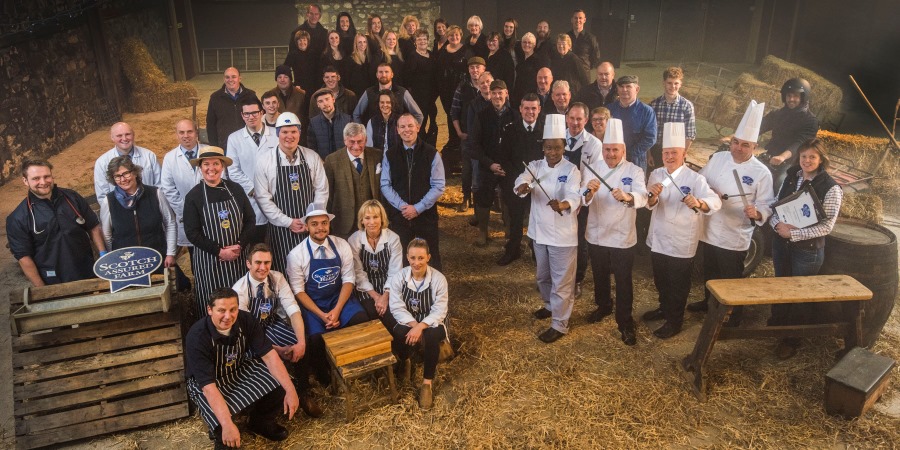 Almost two thirds (64%) of Scots are concerned about the impact of veganism on Scotland’s farming industry, according to the results of a new survey carried out by Censuswide.

The results of the independent survey, commissioned by Quality Meat Scotland (QMS), reveal that consumers are being misled by inaccurate information about red meat production.

This information, which often relates to very different production systems in different parts of the world, is generating confusion and misunderstanding and may be resulting in consumers reducing their red meat intake based on inaccurate information.

The research revealed that while almost all of those surveyed (92%) eat red meat, almost half (49%) are trying to eat less of it.

The top reasons those surveyed gave for reducing their red meat consumption include animal welfare (26%) followed by concerns about the environmental impact of farming (19%) – reasons which are unsubstantiated when it comes to Scotland’s farming practices.

The research also highlighted a rise in the number of consumers opting for meat-free meals, with 59% incorporating meat substitutes into their diets believing, sometimes inaccurately, that they are healthier alternatives.

A recent report produced by Action on Salt (2018) found that 28% of meat alternative products exceeded their maximum salt reduction target. Research results show that the majority of consumers (55%) admit to not actually knowing the ingredients in meat-free products.

The survey also revealed that 64% of Scots are concerned about the impact of veganism on Scotland’s farming industry, suggesting consumers value the role of livestock farming.

Alan Clarke, Chief Executive of QMS, said: “While it’s encouraging that the nation feels really strongly about protecting Scotland’s farming industry, when it comes to red meat consumption it’s vital that we ensure people are aware of the facts to fully inform their decisions.

“In Scotland, producers are very proud of our animal welfare and our sustainability credentials are exceptionally strong. Livestock farmers play a major role in looking after the landscape and grazing animals are needed for the habitats of many species. The reality is, 80% of Scotland’s farmland is comprised of grass and farmland not suitable for growing crops, but ideal for producing beef.”

He added: “From the research results, we can see that people really care about safeguarding the industry, and we want to give them the facts as to why it’s right for them to do so. Scotch Beef meets stringent quality, sustainability and welfare standards so consumers can be secure in the knowledge that consuming red meat from Scottish farms will not have a negative impact on the environment or animal welfare.”

As part of Quality Meat Scotland’s ‘Know Your Beef’ campaign, the industry organisation has been working with Registered Nutritionist Dr Laura Wyness who is keen to ensure people know the facts about the nutritional benefits of Scotch Beef.

Dr Wyness commented: “Having a varied balanced diet is the key to getting the right mix of nutrients including vitamins and minerals. If you remove a whole food group from your diet, it is vital to ensure your diet will provide you with all the nutrients you need.

“Beef is a great source of protein and is rich in vitamins and minerals such as vitamins B3, B6, B12 and zinc. It also is a source of easily absorbed iron. Those who follow a diet which doesn’t include red meat such as beef, may be at greater risk of lacking key nutrients.

“Young girls and women are particularly at risk of iron deficiency. Recent UK data showed that 54% of girls and 27% of women had low iron intakes(1). These seem to be the largest groups who are making changes to their diets, and perhaps they are doing this without fully knowing the facts about where their nutrients come from”