UK Sausage Week competition judging wraps up on a roll 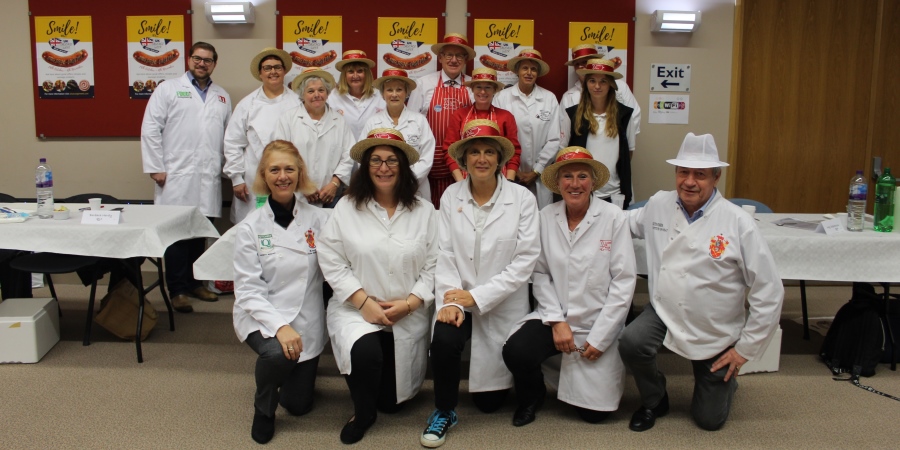 Members of the judging panel for the UK Sausage Week 2018 competition.

Around 500 bangers were put to the taste test this week by the UK Sausage Week competition’s team of expert judges.

Speaking on the first morning of judging, Fisher said: “The number of entries has reached the 500 mark this year, which really is excellent news. Sausage Week remains as important as ever since Meat Management took over the initiative and the quality of the sausages coming through genuinely increases year on year.

“Opening the Sausage Week competition up to feature all meat sausages rather than only pork was an excellent move. Throughout the judging we will be tasting everything from turkey through to venison and some of the flavour combinations used are truly inspired. The care and attention that’s been put into the products submitted is clear – we really are simply looking for the best of the best over the judging days.” 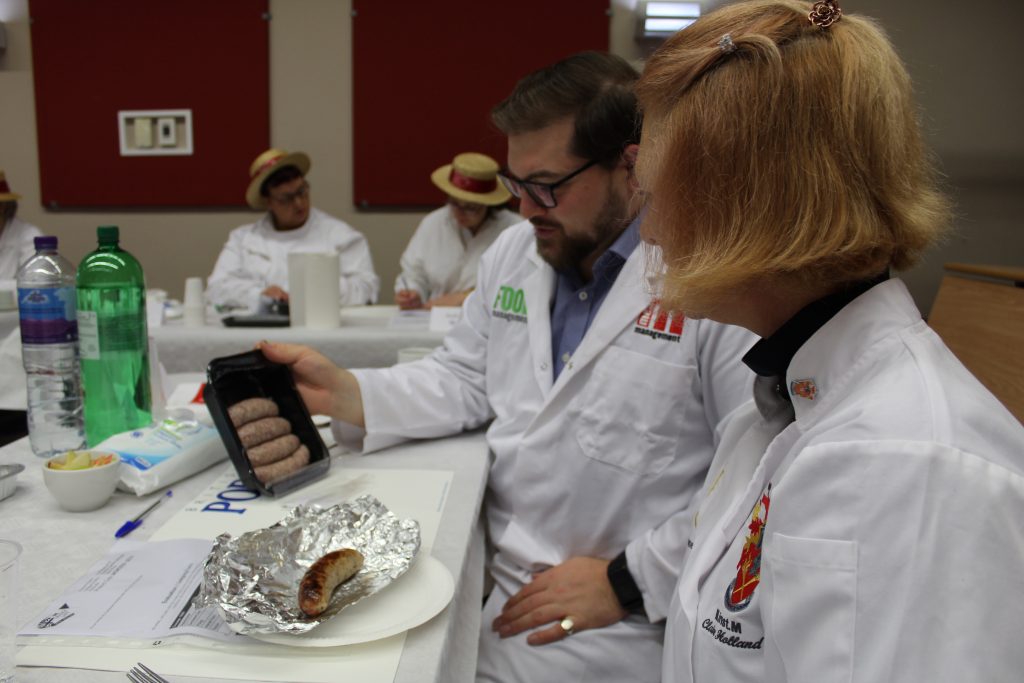 A selection of bangers being put to the test at the judging.

In addition, the best banger in the mix will receive the Supreme Sausage Champion crown.

All winners will be revealed at the UK Sausage Week celebration lunch on 29th October at London’s Plaisterers’ Hall. Tickets for the lunch, hosted by food writer and chef Sophie Grigson, are available now at www.uksausageweek.com/awards-tickets.

For further information on the celebration lunch contact Emma Cash on emma.c@yandellmedia.com or call 01908 613323.

UK Sausage Week is partnered by: