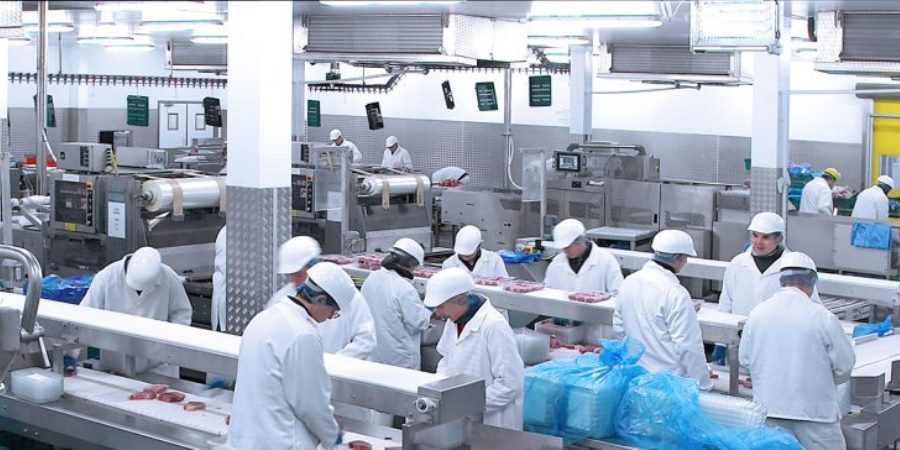 An increasingly uncertain economic landscape and the looming threat of Brexit is continuing to take its toll on the food and drink industry. The UK’s biggest 150 food and drink supplier profit margins fell for a second consecutive year to 5.8% in 2018 from 6.2% in 2017 and 6.7% in 2016, according to the 2019 OC&C Strategy Consultants Top 150.

Amid lower level of consumer confidence, the industry continues to struggle to pass on commodity input inflation and rising labour costs which is directly impacting profits and sales growth.

The food and drink industry is especially vulnerable to Brexit implications as it is heavily dependent on EU workers, who are already migrating to the UK at a slowing rate following the Brexit vote. The lower levels of migration from the EU combined with the steady rise in the National Living Wage has been squeezing the industry’s margins.

Looking ahead, the threat of another round of price inflation driven by lower Sterling due to Brexit would add further pressure on UK food and drink producers. With margins already compressed, the industry is certainly not in a strong position to weather this, particularly in the short-term.

Will Hayllar, UK manging partner at OC&C Strategy Consultants, commented: “As we continue to head into an uncertain Brexit, food and drink companies are finding it increasingly hard to make dynamic business decisions and implement the necessary changes required to restore the industry to its former glory.

“However, it is not all doom and gloom in the sector and there are signs that the industry is fighting back. Our research shows that food and drink brands increased capital expenditure, up 16.3% from 2017 to £1.8bn in 2018, equivalent to 3.4% of total revenues. Brands have focused their investments on improving automation, in an effort to improve productivity and reduce heavy reliance on labour. Brands, especially larger ones, are also digging into their deeper pockets to fund their efforts to adapt their products and portfolios to changing consumer tastes.”

There is, however, a notable contrast between the capex spend of branded and own label players, with the former up 24.8% and the latter just 2.1%.

There has also been a convergence in growth between branded and own label players. Own label, which enjoyed strong growth in recent years due to the rise of the discounters and the focus of mainstream supermarkets on own-label products, saw sales growth fall from 6.8% to 4.8%, whereas, larger branded companies reported sales growth from 2.1% in 2017 to 3.3% last year.

Top UK food and drink producers have also turned their focus to international expansion in an attempt to weather Brexit uncertainty surrounding the domestic market. Despite a smaller tailwind from continued weaknesses in the pound, the Top 150 reveals that international sales grew at 5.6% again ahead of domestic sales growth of 3.6%.

And despite a challenging backdrop, a number of businesses in the Top 150 have been able to demonstrate strong growth through winning strategies.

Will Hayllar comments: “We identified businesses that stood out for exploiting trend-backed growth in their categories by investing and innovating where growth was strongest. Finlays and Nichols were two star performers in 2018, boosted by their launches of new products in cold brew and sugar free respectively.

“Likewise, McCain experienced a buoyant year in 2018 as a switch towards premiumisation and healthier product lines drove sales up to £512m, offsetting a 1.3% volume decline concentrated in its core chips range.

“For Coca-Cola European Partners, supply chain strength, successful investment behind Coca-Cola Zero and a drive towards more premium formats helped the brand capitalise on the hot summer of 2018 to deliver 12.7% growth, while successfully navigating sugar taxes and European CO2 shortages along the way.