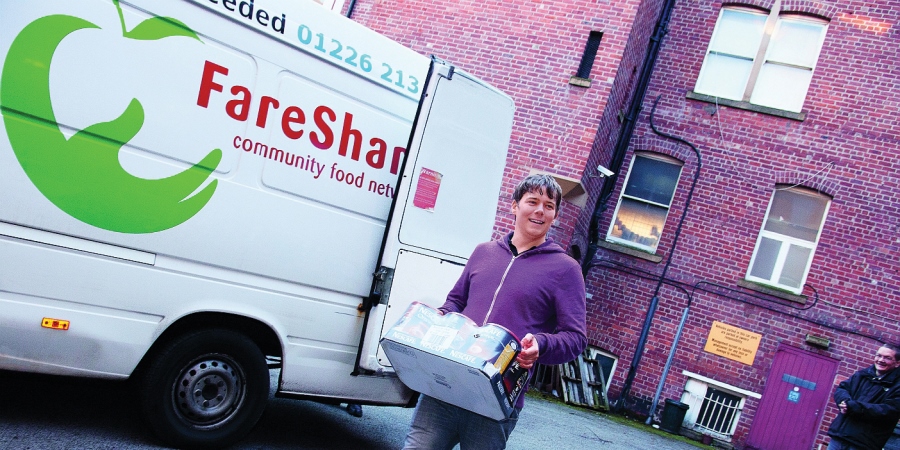 Food charity FareShare says it has doubled the amount of food it has delivered to frontline charities supporting vulnerable people since the crisis began, praising the ‘extraordinary’ efforts of its supporters and volunteers.

This year, the FareShare network, made up of 17 independent food redistribution organisations, redistributed over 24,000 tonnes of in-date surplus food from the food industry, to 11,000 charities including domestic violence refuges, breakfast clubs, food banks and day centres, an increase of 26% on the year before, and the equivalent of a million meals a week.

For meat the charity said it had seen over a 300% increase from April 2019 volumes to April 2020. In April alone it handled over 114t and it said that much of that was down to the loss of the foodservice market.

However, in the month following lockdown, the charity distributed 3,208 tonnes of food, enough to create almost two million meals –  a week’s worth of food for vulnerable people.

Since lockdown measures began, the number of charities applying to get food has tripled. FareShare has now signed up 500 new charities, over 80% of which are delivering food parcels to families and individuals at risk of hunger. It has also secured nine additional warehouse spaces across the UK. To meet the increased need for packets and tins to create food parcels the charity is also distributing large quantities of donated ambient food from supermarkets and the government, with thousands more tonnes of donated food being pledged by major food companies, as part of a partnership with IGD. FareShare has also joined forces with British Red Cross, with the aim of using their volunteers, equipment and resources to help respond to the coronavirus crisis.

In just one week in April, more people signed up to volunteer to sort, pack and deliver food for FareShare than in the whole of last year.

FareShare CEO, Lindsay Bowell, said: “We’ve been humbled and overwhelmed by the support shown by our volunteers, corporate supporters, partners, funders, and by the thousands of people who have donated to our emergency appeal. It is because of them we have been able to rapidly scale up our response, supplying more frontline charities with food, getting more delivery vans on the road, opening new warehouses, and moving vital food supplies up and down the UK. Thanks to extraordinary efforts of our supporters we have been able to achieve a remarkable result, doubling the amount of food we get to people in desperate need in just eight weeks.

“However, we know when the crisis ends, the need for our food will still be there. In April alone 856,500 more people claimed benefits and job opportunities fell by a quarter. Many more people will fall through the gaps in society and need the support of frontline charities.

“To meet this need we will need to continue delivering much greater quantities of food. Incredibly, while people go hungry, over 2m tonnes of good food is wasted every year in the supply chain. Last year the government piloted a fund that covered the costs to the producer of harvesting, packing and transporting surplus food that is still perfectly good to eat to frontline charities.

“We’re calling on the government to continue this funding as a matter of urgency. This will enable us to unlock enough fresh food, much of it fresh fruit and veg, to double the volume of food we deliver to organisations supporting vulnerable people – not just over the course of the crisis but in the difficult months to come.”