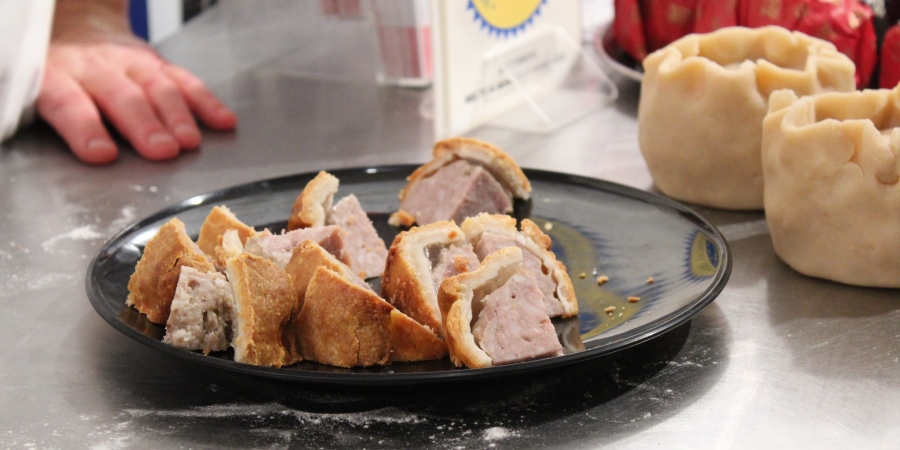 Melton Mowbray pork pies are among the products that currently have protected geographical status.

US lobbyists are reportedly calling for the UK to drop geographical name protections, implemented under EU law, after Brexit, to allow retailers to import similar American products.

Products such as Melton Mowbray pork pies, Cornish pasties, the Cumberland sausage and Stilton, Wensleydale and Dovedale cheeses have protected geographical status, known as Geographical Indications (GIs or PDOs), and cannot be made anywhere else, according to EU law.

When the UK leaves the European Union, it has to decide whether to maintain the status on such products or drop them to allow American imports, under new trade deals, allowing US competitors to sell rival products in the UK.

The US has long opposed such regulations, with Shawna Morris, of the US Dairy Export Council, having described rules which allowed Italy to “monopolise” Parmesan, as “preposterous”, according to media reports.

She allegedly stated: “We think the ability to take a fresh look at UK regulation through the Brexit process provides the UK with a great opportunity for taking a much more reasonable approach to what’s been a very controversial issue over the years.”

Defra noted that it continues to “support the improtance of GIs and value the strong traditional or cultural connection they have to a particular place”, adding that the Government will use the EU Withdrawal Bill to transfer into domestic law the EU schemes that currently protect “all our geographical indications at the moment of exit”.

It added that “any future protections of EU GI’s with the EU will be a matter for negotiation”.

A Government spokesperson stated: “Leaving the EU gives us a golden opportunity to secure ambitious free-trade deals while supporting farmers and producers to grow and sell more great British food.

“We will ensure consumers continue to have a range of high-quality food products.”