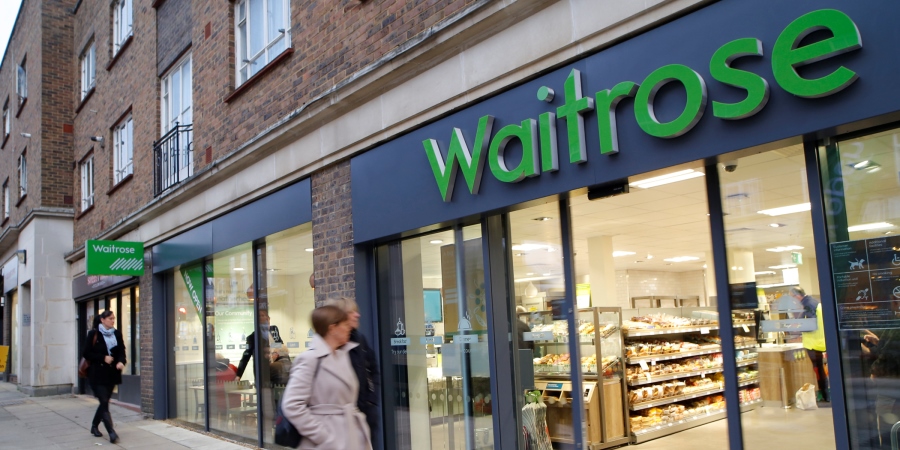 Profits at Waitrose took a 32.1% hit, as the retailer decided not to pass on all cost price inflation to customers, along with investments in “customer experience” for the half year ended 29th July.

John Lewis Partnership, which Waitrose is part of, revealed that the retailer’s sales were up 1.7%, at £6.5 billion, with like-for-like sales, excluding fuel, increased by 0.9%. The latter also enjoyed accelerated growth in the second half, increasing from 0.7% in the first half to 1.1% in the second.

According to the retailer, this was driven by better like-for-like volumes, as it “improved” competitiveness by lowering the prices of “essential Waitrose products”.

The dip in profits was also attributed to some short-term operational impacts from “significant changes” to branch management structures, along with the introduction of “more flexible working models” in shops.

Describing this year as a “challenging” one, John Lewis Partnership noted that it reset gross margin in response to the weaker Sterling exchange rate, as well as its “commitment to competitive pricing”.

“The resulting lower rate of gross margin was equivalent to more than 80% of the shortfall in operating profit before exceptional items, and it has also led to an exceptional branch impairment charge of £38.9 million,” it added.

Sir Charlie Mayfield, chairman of John Lewis Partnership, commented: “As we anticipated, 2017 was a challenging year. Consumer demand was subdued and we made significant changes to operations across the Partnership which affected many Partners.

“However, their hard work throughout the year was key to delivering gross sales of £11.60 billion, up 2%, with like-for-like increases in both Waitrose and John Lewis. However, profit before partnership bonus, tax and exceptional items was down 21.9% mainly as a result of intensifying margin pressure in Waitrose.”

Looking at 2018/19, John Lewis Partnership expects trading to be volatile, with “continuing economic uncertainty and no let-up in competitive intensity”, while it also anticipates “further pressure on profits”.