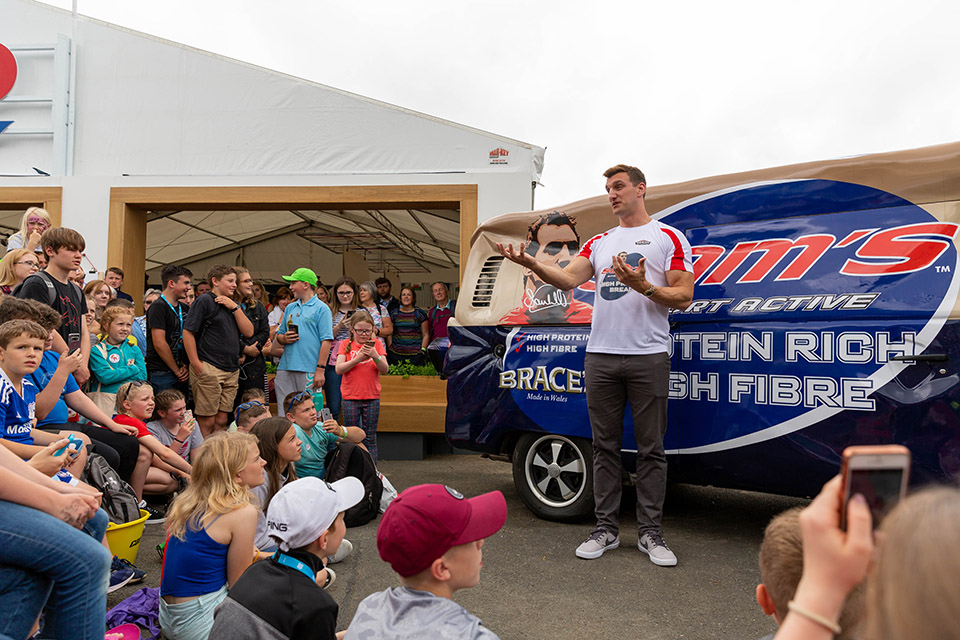 Two 800g loaves – ‘High Protein White’ and ‘High Protein Prograin’ – will be exclusively stocked in Tesco stores across South Wales and the South West of England from September 2019.

Director, Jonathan Brace, who oversees the company’s operations alongside his brother Mark, is thrilled to welcome Sam on board: “We’ve been distributing our products for over 100 years now and are well aware of the need to remain reactive to consumer trends and what’s popular.

“We know more and more people are looking to increase the amount of protein in their diets and so it’s important we offer products that meet the needs of the ever-increasing health conscious shopper.”

Since his shock announcement he was to stand down from club and international rugby a year ago, Sam came to realise there weren’t, what he considered to be, tasty bakery products on the market containing a high source of protein in order to help sustain an active lifestyle and subsequently arranged a meeting with Brace’s.

“There was no way we could pass up the opportunity to work with such a huge name when he came to us with his idea” Jonathan Brace added.

With his undeniable sense of patriotism, it comes as no surprise that Sam chose to partner with Brace’s for the venture; “We agreed to come up with some concept products and once I tested them, I knew they would be good enough to take to market.

“Before I knew it, Sam’s Sport Active had hit the ground running and I’m really excited about unveiling this exciting new brand at this year’s Royal Welsh Show!

“Brace’s were adamant I should put my name to the products, but there was a slight problem in that another bread company beat me to it…” Sam added.

“This is definitely just the start” Jonathan added. “We’ve got so many ideas in the pipeline involving Sam.”

Brace’s delivers to over 3,000 stores daily, from supermarkets to corner shops, direct from its bakeries in Croespenmaen and Pen Y Fan in South Wales – and also its depots in Caple Hende near Ammonford and Dursley in Gloucestershire.