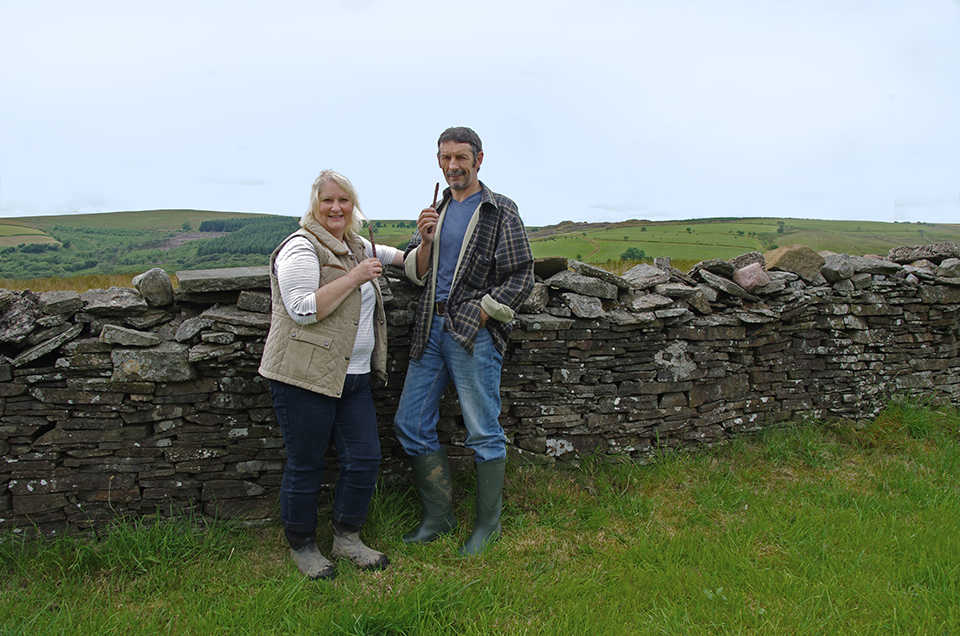 Shoppers in supermarkets across Canada and Shanghai will soon be able to taste the success of Welsh food exports, as salami made in Pontardawe’s Cwmfarm Charcuterie is expected to fill their shelves.

Husband-and-wife team Ruth and Andrew Davies, who began rearing pigs on their 20-acre farm in 2010 to sell sausages and burgers from a catering trailer, soon diversified their business – and found a path to success through exporting.

Since going on trade missions across the Atlantic and serving its range of Welsh delicacies to Prime Minister Theresa May and her guests at a St David’s Day reception in Downing Street, the company’s order books have grown to include British Embassies and Consulates in locations such as Belgium, Finland and The Netherlands with the help of the Department for International Trade (DIT).

Their impact on dignitaries is now translating into business success, as the company is set to move into a new 2,000 sq ft factory this October and hire more staff to cope with increasing demand for their products including from supermarkets across Canada, Hong Kong and in Shanghai – China’s financial capital and the world’s third largest metropolitan area, home to 35 million people.

The Welsh food and drink industry is an economic success story with a £4.8 billion annual turnover. According to Food and Drink Federation Cymru, the sector employs more than 22,000 people working in more than 500 companies and is on course to increase turnover by 30% in 2020.

As the 100th Royal Welsh Show takes place in Llanelwedd, trade experts from DIT will be on hand to encourage Welsh businesses to start or expand exporting. On day two of the Show (Tuesday 23 July), an expert from DIT’s food and drink sector team will join a panel discussion for small and medium sized food and drink businesses, sharing top tips for developing an export strategy and overcoming barriers to exporting.

Ruth Davies, co-owner of Cwmfarm Charcuterie, said: “Attending very exciting trade missions to boost exports across the Atlantic has been a perfect stepping stone to meeting new contacts and has given us the opportunity to meet key buyers overseas.

“We have had exciting leads and orders that will generate extra business and showcase our products across the world.  We are now looking at bigger premises with extra staff to take these orders further, so it is an exciting time for Cwmfarm Charcuterie.

“We’ll also be launching a new salami with a touch of orange zest and rhubarb and ginger gin at this year’s show.”