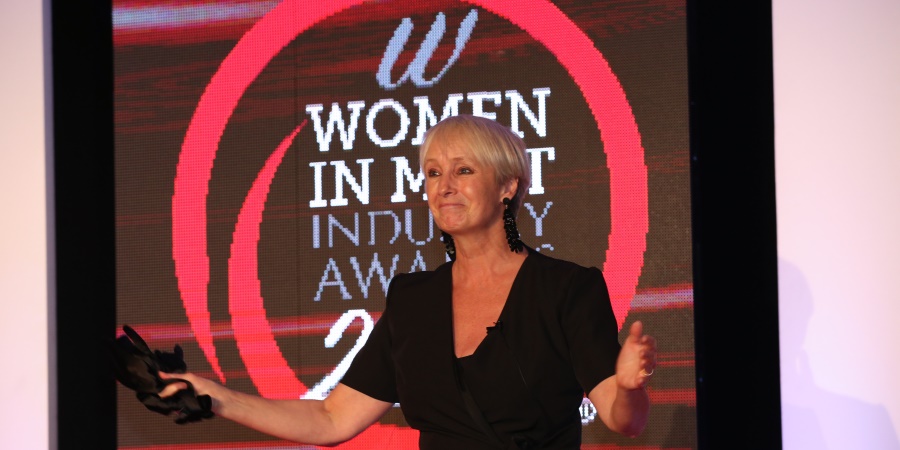 A film has been captured of the recent Women In Meat Industry Awards dinner and presentation ceremony, which is now available to view online along with the photo gallery.

The celebration dinner on Friday 16th November brought together a wealth of female talent and, on the night, eight categories were recognised including the Meat Businesswoman of the Year Award, which went to Lisa Hand of Dunbia. Over three thousand votes were received in the process of selecting the category winners.

Publisher of Meat Management magazine, Graham Yandell commented: “The whole process has been somewhat overwhelming and certainly most rewarding for us as organisers. The initiative was well received from the outset when launched back in January this year and the dinner on 16th November, which followed an inspiring process of selection for finalists and winners, was a great success. This will now be an important annual date in the industry’s calendar not to be missed each autumn.

“The new film which only takes a few minutes to view really does capture the fantastic atmosphere that was generated on the evening, and I hope as many people as possible will see it,” Yandell concluded.

The next campaign will formally start in June 2019 with voting and nominations, and the dinner and ceremony is scheduled for 15th November at the Royal Garden Hotel, Kensington, London. For details of how to become a partner contact Michelle Ingerfield on michelle.i@yandellmedia.com or call 01908 613323. Other enquiries to Emma Cash: emma.c@yandellmedia.com