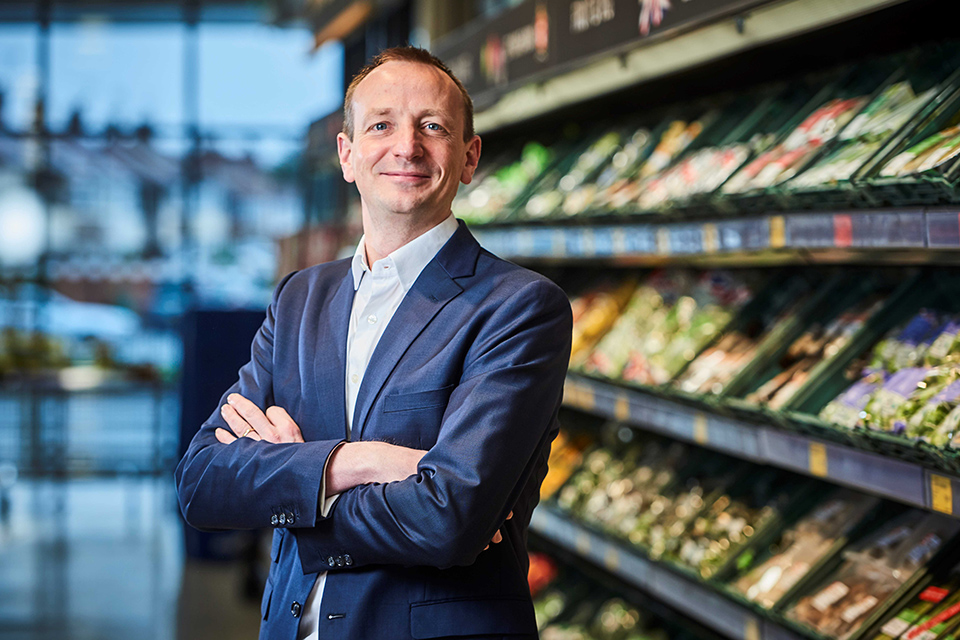 Aldi, the UK’s fifth biggest supermarket, has announced plans to double its store footprint inside the M25 after posting record financial results.

The supermarket said it would increase store numbers inside the M25 from 45 to 100 by the end of 2025, by opening more standard-sized Aldi stores and new, smaller-format ‘Local’ stores on London high streets.

Aldi, which currently operates over 840 stores, plans to open more than 100 new stores across the UK over the next two years alone as part of its long-term target of 1,200 stores by the end of 2025, underlining the scale of its ambitions.

In its annual trading update, Aldi said sales for the UK and Ireland had increased 11% to £11.3bn in the year to 31st December 2018 (2017: £10.2bn) – an extra £1.1bn of revenue – against UK grocery market growth of just 2.5%*. It said profits had been lower last year as it cut prices for customers and invested further in its infrastructure.

Aldi said it had maintained its price advantage of 24%** over the ‘Big Four’ on an average basket of everyday items, whilst increasing margin in the current year.

Giles Hurley, chief executive officer at Aldi UK and Ireland, said: “Every day, thousands of British shoppers are swapping and saving with Aldi thanks to our carefully-selected range of great quality products and our commitment to the lowest prices in grocery.

“Whilst our expansion will continue to reach every part of the UK, we’re increasing our focus on London, where our market share is just 3.4%, compared to 8.1% nationally. London shoppers regularly tell us they would switch to Aldi if there was one nearby, so there is clearly a significant growth opportunity for us in the capital.”

Aldi said trials of its Local format – which measure around half the size of a typical store and stock around 1,500 products – had exceeded expectations since they began in March.

It confirmed new Aldi stores opening inside the M25 over the coming months would include Sydenham, Blackheath and Watford.

Commenting on the company’s future plans, Hurley added: “For almost three decades we’ve proven that investment equals growth – investment in our infrastructure, our people and our prices. The commitment we have made to our customers to continue investing in the UK over the coming years remains as strong as ever.

He added: “Today, more than half of Britain’s households shop with Aldi. Now we’ll be bringing our winning combination of outstanding quality at the lowest prices to millions more households in the South East as well as the rest of the UK.”

The supermarket, which opened its first UK store in 1990, said it invested £531m last year, with a further £1bn planned over 2019 and 2020 in new stores, store upgrades and distribution centres.

Aldi said it was also continuing to roll out its Project Fresh initiative – a £300m investment to create more in store space for fresh, chilled and food-to-go ranges as well as simpler layouts, improved fixtures and brighter, wider aisles. Over half of existing stores have been converted to the new format with the remaining stores being converted by the end of 2022.

The company is also preparing to open its new Regional Distribution Centre (RDC) in Sawley, Derbyshire, shortly and another in Bedford, Bedfordshire in the coming years, having recently opened its new site in Sheppey, Kent, with extensions to its sites in Darlington, County Durham, and Bathgate, West Lothian, now complete.  Aldi’s move to double its store footprint inside the M25 is underpinned by this increased capacity across its distribution network.

Its UK-wide expansion is expected to create more than 5,000 new jobs over the next two years.

Aldi, which already sources its entire core range of fresh meat, eggs, milk, butter and cream from British suppliers, said it had switched to 100% British on dozens of other grocery lines following its pledge last year to increase its British supplier base. Many of British shoppers’ favourite go-to products, including Belmont Digestive Biscuits and its Benefit Cereal range are all now made in the UK.

In 2019 Aldi topped the Groceries Code Adjudicator’s annual GSCOP supplier survey for the sixth successive year, underlining its commitment to maintaining fair and sustainable prices within its supply chain.

Over 40% of its range has also been reformulated to further improve product quality, including Aldi’s award winning Mamia nappies and its Specially Selected Aberdeen Angus beef range which is now matured for a market-leading 38 days.

Earlier this year, Aldi maintained its position as the UK’s best-paying supermarket by increasing the minimum hourly rates for store colleagues to £9.10 nationally and £10.55 inside the M25. These rates increase to £10.41 nationally and £10.89 in London after three years.