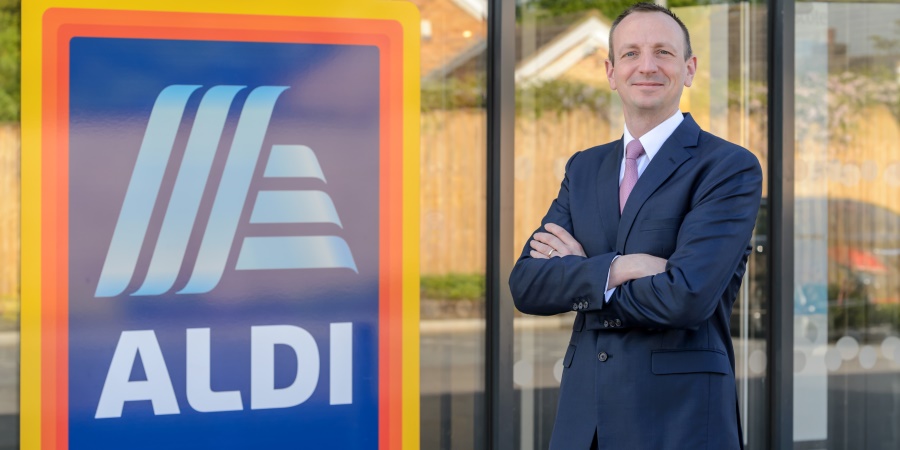 Giles Hurley, CEO of Aldi UK confimed its Christmas range was 'the largest and most innovative yet.'

Aldi has announced ‘record’ results for its last financial year, with 1.1 million British shoppers reportedly swapping to the discount retailer.

Sales in the UK and Ireland rose 16.4% to £10.2bn in the year to 31st December 2017 – a higher growth rate than the previous year and over five times faster than the overall grocery market.

According to Kantar Worldpanel data, the retailer now commands 7.6% of all UK grocery spend.

The same data also revealed an increase in customers shopping for more of Aldi’s own range, with the average number of items bought per trip rising to over 19 – the highest in the sector.

“Savvy customers know they can swap and save with Aldi, thanks to great quality products at lower prices.

“While other grocers introduced more complexity into their businesses in their struggle to win back customers, we stuck to our guns and focused on doing what Aldi does best – buying smart, staying lean, improving quality and keeping prices low.

“Our biggest strength is our simplicity – a carefully selected range of exclusive own-label brands and award-winning products at the lowest prices. Millions of Britons can put fantastic-tasting food on their table every day of the week, at prices they can afford.”

Looking further ahead, Aldi said it would open a further 130 new stores between 2019 and 2020, while continuing to invest in its Project Fresh initiative – a £300m investment to create more in store space for fresh, chilled and food-to-go ranges.

The investment is said to create 5,000 new jobs over the next two years.

Aldi said it had switched to 100% British on dozens of other grocery lines, including mushrooms, potatoes and seasonal spinach, bolstering its industry credentials.

Aldi claims it was also keen to support more British firms to grow sales with its sister operations around the world.

Hurley added: “Our future investment plans underline our continued commitment to growing responsibly in the UK.

“In 2020, Aldi will have been serving British shoppers for 30 years. In that time, we’ve become part of the fabric of British life. We’re proud to be reaffirming our commitment today.”