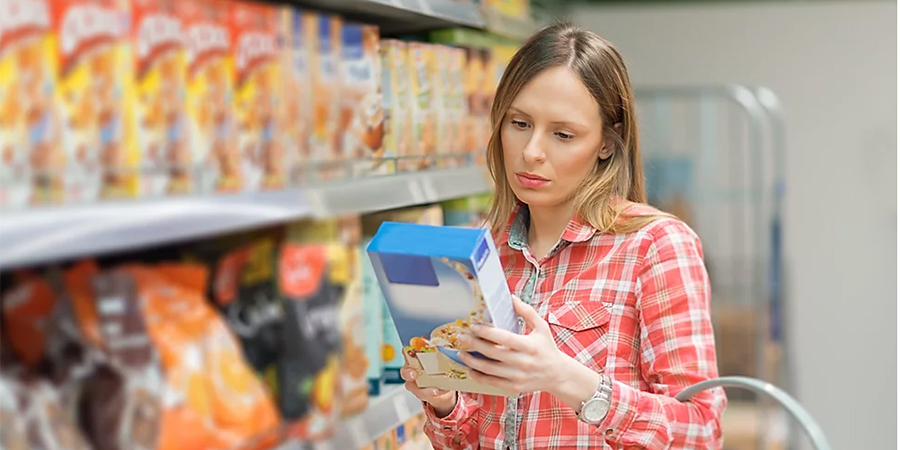 Parents say health claims on food are ‘baffling’ and use own knowledge of food to guide healthy purchases as industry leaders and consumers meet to discuss the need for a change in food labelling, specifically health claims.

The EIT Food Health Claims Unpacked project has worked with consumers and food manufacturers to look at health claims made on food packaging.

In a series of focus groups, UK shoppers and food producers expressed negativity about the approved wording of health claims made by the European Food Safety Authority (EFSA), which for many is unintelligible. The groups found most consumers struggled to understand what an approved and evidence-based health claim such as “Biotin contributes to normal energy-yielding metabolism” means, while the version which we find on food packs “Biotin fires up your metabolism, making you feel less tired” appears to most to be marketing language and makes them sceptical. There is a need to simplify the approved health claims without compromising consumer trust and the strength of scientific information.

Parents who took part said that they do not trust health claims and make trade-offs when buying food for their family. Food such as cereal may be high in sugar but is purchased because of other healthy elements such as vitamin and mineral fortification or fibre.

The research with consumers and food industry leaders was presented at a meeting held at the University of Reading. A consortium of experts and food manufacturers were presented with the focus group research and data collected from an online app the team developed. Following the presentation, the EIT Food Health Claims Unpacked partners called on the European Commission to ‘demystify’ the approved claims that are able to be printed on food packaging.

Prof Rodney Jones, an applied linguist from the University of Reading who is leading the project said: “The health claims that are made on food need to be in step with consumer understanding. What we’re seeing in the research we’ve conducted is that current claims are too difficult to understand and so consumers don’t trust them. One particular issue we have also seen is how other parts of the food packaging such as colours and graphics have a big influence on perception of the food claims made.

“The concern is that by allowing ‘creative’ health claims to spread on food packaging, trust in what the food on the shelf is telling us erodes.”

“As a result of our research, we believe that the European Commission need to reconsider the current policy on wordings health claims in order to give consumers more confidence and assurance that what we’re putting in our baskets is going to have a beneficial effect on our health.”

The EIT Food Health Claims Unpacked project provides information to help consumers understand evidence-based health facts about food and separate them from marketing language. The international team led by the University of Reading have developed a digital platform (www.unpackinghealthclaims.eu), which helps consumers unpack the dense scientific jargon of regulated health claims and invites them to help to create versions of the claims that they can understand and trust but are still scientifically accurate.

Prof Rodney Jones said: “It’s very important that consumers can understand and trust the health messages written on a food packet or in marketing material. We’ve been working with industry partners to identify some of the challenges of using regulated health claims on food and together are developing ways to help consumers unpack the scientific language and help them make informed and healthy food choices.

“We have particularly seen a rise in protein-based products on the market in the last five years, from yoghurts to snack bars. The health claims about protein have been just as varied and many of them stray from the regulated claim set by the EFSA. The concern is that by allowing ‘creative’ health claims to spread on food packaging, trust in what the food on the shelf is telling us erodes.”

More about the project and health claims on food can be found on the EIT Food Health Claims Unpacked digital toolkit available at:
https://www.unpackinghealthclaims.eu