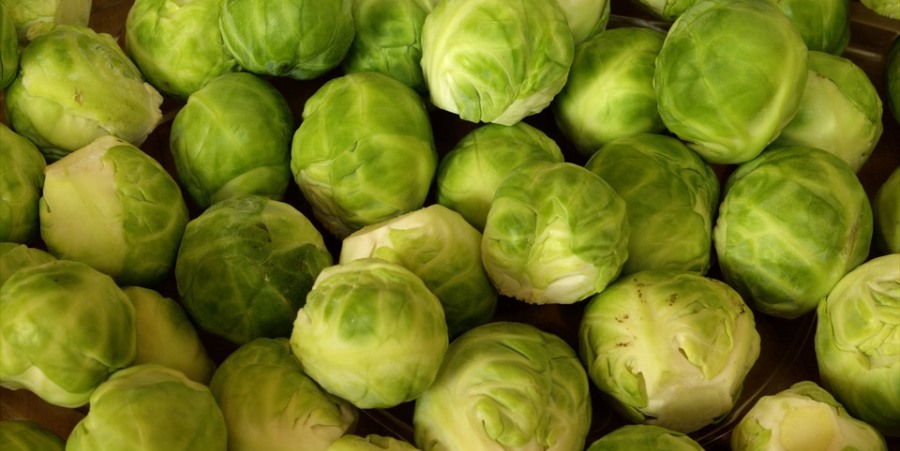 Brussels sprouts are a vegetable which is being affected by the heatwave.

Producers across the UK are concerned about the impact of hot weather in the run up to winter, with fears that Brussels sprouts, potatoes and cheese could run short for 2018’s Christmas dinners.

With warm weather hitting the UK for almost three months now, this has made a huge impact on the growth of crops for farmers.

Food producers also say that there is not enough grass for cows to graze on, meaning their milk production has decreased.

There are also worries over the long-term impact of the dry spell on the availability, cost and quality of feed and fodder this winter in which autumn volumes are expected to come under pressure.

The National Farmers’ Union (NFU) is urging milk buyers to be mindful of the impact a sustained period of dry weather will have on their suppliers and work collaboratively with them to manage yield and quality challenges as they arise.

This could affect the usual cheese boards enjoyed by consumers at Christmas time.

Jack Ward, chief executive of the British Growers Association, told the Huffington Post that sprout are a vegetable which is particular affected.

He said: “With sprouts, you are trying to hit peak production around Christmas which is why it’s so difficult.

“It also gets more problematic if you have too much warmth in the run up to Christmas. If it’s too warm, you could end up with sprouts at the start of December that were destined for the second and third week.”

Meanwhile, British carrot growers advise that recent adverse weather conditions will lead to the lowest yields for decades and the highest levels of imports.

According to Rodger Hobson, chairman of the British Carrot Growers Association, the carrot ‘crisis’ is likely to continue for anything up to 11 months.

Some meats may also be affected by the hot summer, with those who prefer beef and lamb to turkey likely to face disappointment as animals are having to be sent to an early slaughter.

Nick Allen, chief executive of the British Meat Processors Association (BMPA), commented: “The first thing we noticed was people sending lambs in for slaughter at slightly lighter weights than normal.

“The moment they’re running out of grass on the farm they market them earlier.”

Environment secretary Michael Gove is said to have ‘stepped up’ to reassure farmers that the Government will support them through the remaining hot weather.