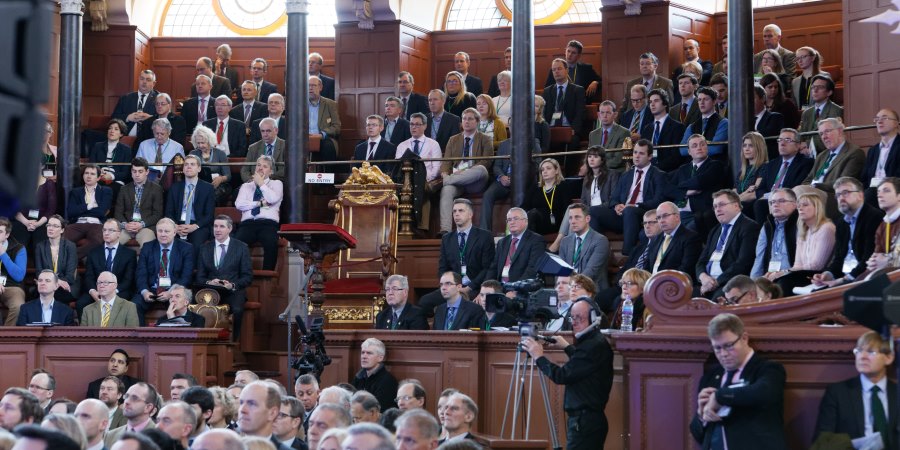 Bob Bansback attended the recent Oxford Farming Conference where the theme of ‘Embrace Change’ encompassed a number of discussion topics.

Important messages on the future challenges facing the food industry were aired at this year’s Oxford Farming Conference. The theme of the conference was ‘Embrace Change’ and as usual, it covered a wide range of subjects relating to food and agriculture – with the organisers not afraid to raise controversial issues. These included a debate in the Oxford Union on ‘This House believes that by 2100 meat eating will be a thing of the past’ and a speaker proposing a new approach to the GM debate. This article summarises some of the major topics of interest covered by the conference.

Michael Gove, Defra Secretary of State, gave a typically forceful speech in which he outlined his views on the direction of food and agricultural policy in the next few years. Brexit had given the UK the opportunity to break away from the shackles of the EU’s Common Agricultural Policy; he thought it vital that a new policy was developed by looking at the food chain as a whole and recognising ‘the economic, health and environmental forces shaping the future of food’. Amongst other things, this would mean that we should move away from a farm subsidy system which incentivised producers to place ‘every acre into food production at the expense of the natural assets of our countryside’. He committed himself to working with the industry to develop this new policy. The Minister’s speech prompted an editorial in the Times starting off with ‘A revolution is coming to the British countryside and its flag carrier is Mr Gove’!

Amongst other issues addressed in his speech, the Minister referred to the important role of the new Food and Drink Sector Council, which is to be established by the Department of Business Energy and Industrial Strategy (DBEIS) to support the food and drink manufacturing sector; also, his ambition to create a new gold standard metric for food and farming quality, which could support his desire to establish an image of high quality for British food products at home and abroad. In relation to Brexit trade negotiations, he recognised the food industry’s concern to get a favourable trade deal with Europe and indicated that he was confident of building a new economic partnership with the EU ‘that guarantees tariff-free access for agri-food goods across each other’s borders’; the difficulties in achieving this goal, however, were subsequently highlighted by comments from the influential European MEP, Paolo de Castro and also the Oxford Professor, Dieter Helm, who currently chairs the Government’s independent Natural Capital Committee.

Rebranding of the Co-op – and the importance of millennials

Steve Murrells, CEO of the Co-op Group talked about some of the key elements involved in the rebranding of the Co-op during the past 5 years. This had involved revisiting some of the old traditions and values – but he also stressed the need to ‘face problems, act fast, take your team with you and change bottom-up’; willingness to innovate was vital.
Preparedness to change was a theme of the US food culture expert, Eve Turow Paul, who is convinced that the millennium generation’s attitude will make or break the future of food. She pointed out that US millennials spend a higher proportion on food than previous generations and added that ‘what you eat is not about your diet – it is about who you are, what you care about and how people see you’.
Six Principles of Food Integrity Outlined

Professor Chris Elliott, founder of the Institute of Global Food Security at Queen’s University, Belfast – and well known for his official review into the horse meat scandal, challenged the Conference on the subject of food integrity. In his powerful message, he outlined his six principles of food integrity – 1. Safety, 2. Authenticity, 3. Nutritious food, 4. Sustainable systems, 5. Ethical production standards and 6. Respect for those who work in the industry. He pointed to the fact that food fraud was becoming more international, with crime gangs growing all over the world – including the Mafia in Italy. ‘You can make more money in food crime than you can in narcotics’ he said. His Global Food Security Institute has been in the forefront of developing techniques for identifying fraud – and the more complex technology of blockchain and sophisticated hand-held scanners would be contributing to more effective detection measures. However, despite this, he concluded that to achieve the successful goal of having an entire population eating food that fulfilled all six of his principles would be ‘akin to a new industrial revolution’.

Plea for a more constructive dialogue on GMOs

The last time Mark Lynas, environmentalist and author, addressed the Oxford conference he had given a dramatic speech ‘apologising’ for having been in the past an active campaigner against the use of GMOs. In this 2013 speech, he admitted that he had been wrong following some thorough worldwide research and investigation; as a result, during the past five years, he had turned into an advocate for the use of GMO technology. He described how his life had changed in the period since he made his ‘U-turn speech’. His presentation at this year’s conference was essentially a plea for both sides of the GMO debate to work closer together and to build a shared vision. It was essential for more GM crops to be used in some of the poorer developing countries – and the two sides in the debate ought to find a way of achieving this.

The motion in the debate in the Oxford Union was comfortably defeated despite the fact that George Monbiot, the environmental campaigner and Philip Lymbery from Compassion in World Farming had put forward some passionate arguments in favour of the motion.

Princess Royal stresses the Importance of Food Education in Schools

This was a thoroughly informative and stimulating conference and HRH Princess Royal made one of the most important points in summing up after one of the sessions. She stressed the vital importance of education about nutrition and other food related knowledge in schools at all age levels.