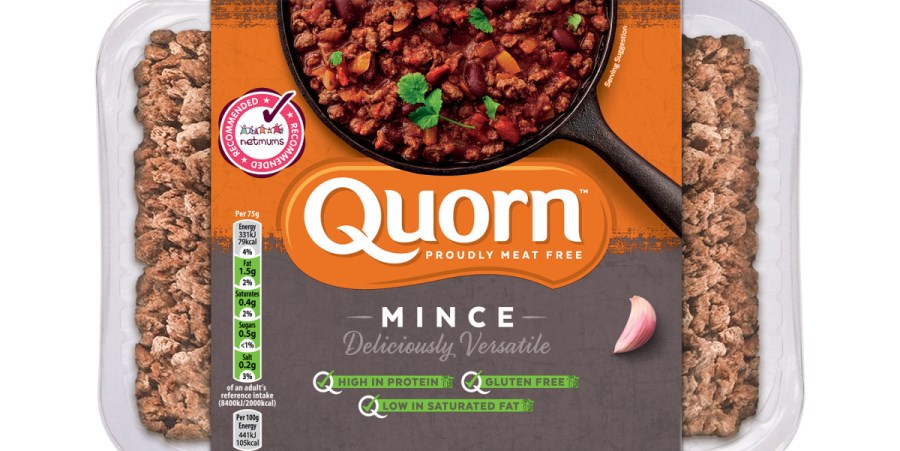 In June 2018, in-store packaging of the vast majority of the chilled range will move to white and opaque recyclable plastics.

Quorn has announced they will eliminate more than 297 tonnes of black plastic packaging from its supply chain by the end of June 2018.

In a statement the company says this moves it one step closer to achieving 100% recyclable, reusable or compostable packaging by 2025.

With the April 2017 WRAP announcement that black plastic was not being recycled by local authorities and instead being sent to landfill, the company’s packaging strategy group met to formulate a plan to remove black plastic from its supply chain as quickly as possible.

Since April 2018, black plastic has been phased out of the majority of Quorn packaging, including chilled Quorn Mince and Pieces.

In June 2018, in-store packaging of the vast majority of the chilled range will move to white and opaque recyclable plastics.

This change will replace 297 tonnes of black plastic with clear and opaque, recyclable alternatives, supporting the WRAP initiative against unsustainable packaging.

Quorn Foods CEO, Kevin Brennan, said “As a founding signatory of WRAP’s UK Plastic Pact, we are very excited to announce this positive change towards increased sustainability of our products.”

Brennan continues: “Moving so quickly to remove black plastic is a significant challenge, but one that, as a sustainable company, we view as being of the utmost importance. We view this as the right thing to do, despite the six-figure cost.

“Our customers will be able to continue enjoying Quorn as part of a balanced and healthy diet, knowing that we are committed to reducing all forms of food waste in our supply chain and to promoting and advancing sustainability without passing the cost onto consumers.”