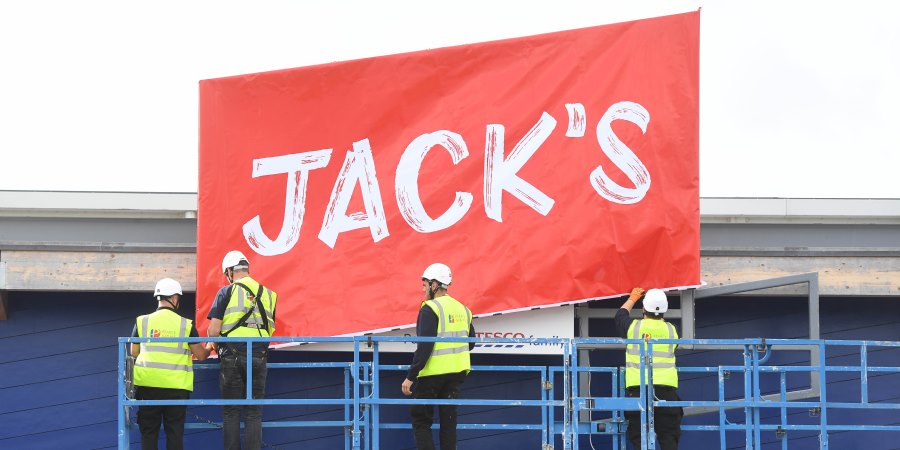 Over the next six months Tesco will launch up to 15 Jack’s stores across the UK.

Tesco has now confirmed the launch of its new discount store brand, Jack’s, inspired by and named after the supermarket’s founder, Jack Cohen.

The launch of Jack’s is part of Tesco’s centenary celebrations which will see the business mark 100 years serving British shoppers.

Jack’s is set to bring customers ‘great-tasting food at the lowest possible prices’ with eight out of ten food and drink products it will sell reported to be grown, reared or made in Britain.

In addition to Jack’s branded products, the new stores will stock some familiar grocery brands and a range of general merchandise on a “When it’s Gone, It’s Gone” basis.

Jack’s will operate a low-cost business model that is designed to keep costs low and prices down. It is said that the brand will aim to compete with the likes of discounters Aldi and Lidl.

Tesco has reported: “It’s a no fuss approach with a simplified range of products, no fancy fixtures or fittings, and no added extras, just good quality at low prices.”

Dave Lewis, Tesco Group chief executive, said: “Jack Cohen championed value for customers and changed the face of British shopping. He’s an inspiration for all of us and that same spirit still drives Tesco now.

“It’s fitting that today, we mark the beginning of Tesco’s celebration of 100 Years of Great Value by launching a new brand, and stores bearing his name: Jack’s.”

Over the next six months Tesco will launch up to 15 Jack’s stores across the UK.

The first two stores are located in Chatteris, Cambridgeshire, and Immingham, Lincolnshire, on sites which make use of excess Tesco space.

The stores to follow will include a mix of new sites, sites adjacent to existing Tesco stores, and a small number of converted Tesco stores.