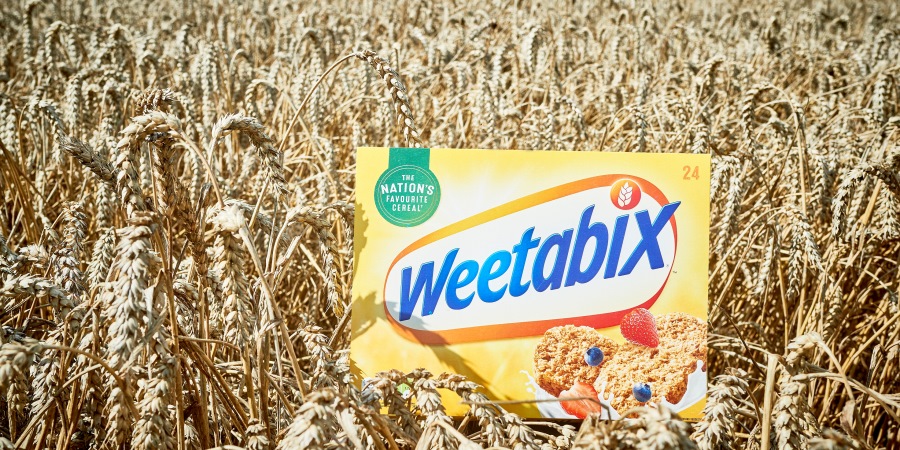 Following its earliest harvest in 85 years due to the hot summer, Weetabix has confirmed it will once again be able to source 100% of its wheat from British farms.

A record-breaking hot dry summer, following a wet start and extended cold spell in April, created challenging growing conditions for the local farmers on which Weetabix relies. This meant that Weetabix had to look beyond its usual suppliers.

However, the company has reported that it is now able to return to sourcing from farms within 50 miles of its Northamptonshire mill.

Since 2010, weather permitting, Weetabix’s Growers Group of approximately 160 local farmers have provided all of the British wheat that makes it into each bowl of Weetabix.

Hitesh Bhatia, strategic sourcing manager at Weetabix, said: “Thanks to the hard work and dedication of our farmers, I can confirm that once again every single one of the 365 grains found in each Weetabix biscuit will come from local farms.

“We work closely with our Growers Group to secure the highest quality British wheat produced to the most responsible standards.”

Instead of buying wheat on the open market, the brand is said to exclusively buy wheat for Weetabix biscuits from two local wheat merchants, Gleadell and Fengrain.

All 160 farms must lie within 50 miles of the Weetabix factory in Burton Latimer.

Farmer James Wheeler, whose farm in Northamptonshire supplies wheat through Gleadell to Weetabix, said: “Being part of the Growers Group means we operate to strict protocols and work closely with Weetabix.

“This makes sure the very best British wheat makes it to breakfast tables. In return, we get information to continuously improve our output.”

“They are not alone in facing weather related challenges. Farmers right across Northern Europe and Scandinavia have had to deal with difficult growing conditions.”

The company, which has its global headquarters in Northamptonshire, exports to more than 90 countries around the world.