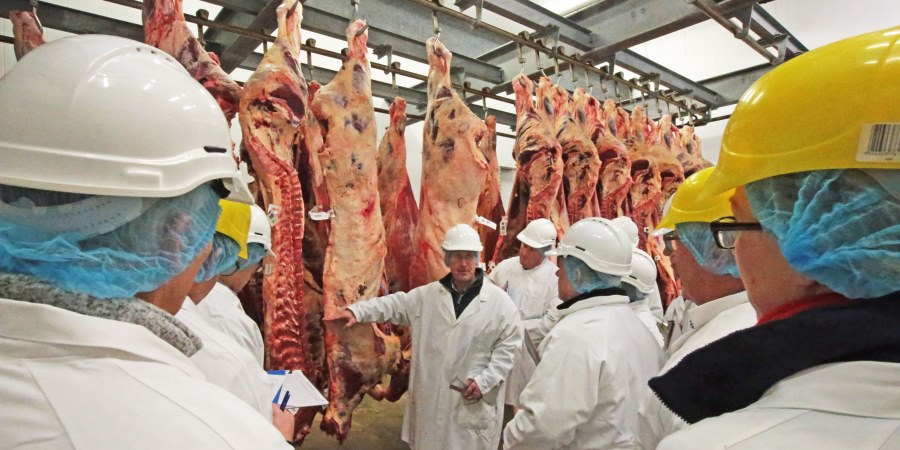 A three-year project has been launched with the aim to not only increase the eating quality and value of Welsh Beef production, but to improve returns to farmers and processors.

The BeefQ Project, is aiming to enhance the Welsh beef industry’s reputation, and increase the eating quality and value of production.

Led by Aberystwyth University’s Institute of Biological, Environmental and Rural Sciences (IBERS), representatives from across the Welsh meat processing sector were recently invited to several days of intensive training by Australian specialists in the Meat Standards Australia (MSA) grading system.

Deanna Jones of HCC said: “This training is a very important early step in the BeefQ project, which we hope in time will give a real boost to the Welsh beef sector. We were delighted that key representatives of Wales’s major processors were able to attend.”

Aberystwyth University’s Dr. Pip Nicholas-Davies said: “Since launching BeefQ formally at the Royal Welsh Winter Fair in late-2018, we have been moving ahead with our partners to put the project plan into action.

“As well as the training course, preparations are underway to survey the animal throughput of the processors involved in the project, and select a representative range of animals to grade for meat eating quality.

“From these graded animals, sample cuts will be taken to go forward for consumer testing later in the project. The first samples will be collected this month, with further samples being collected in the autumn to account for variabilities at different times of the year.”

Deanna Jones of HCC added: “The MSA system is considered to be a world-leading process in predicting the eating quality of beef. It was extremely valuable therefore to be able to bring specialists from Australia to discuss how it may be applied in Wales, and train people in its use through both practical and classroom elements.”